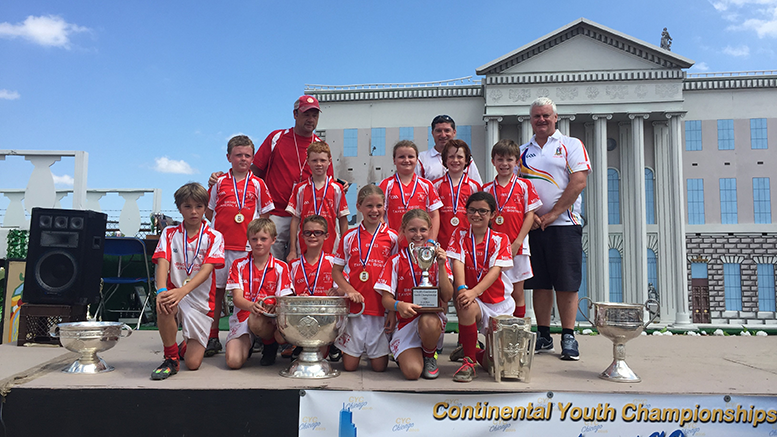 It was a very exciting time for 21 Milton families at the annual Continental Youth Championships (CYC) held recently in Chicago, IL.  Teams from the town brought back two national championships, their first since Trinity Milton Youth Gaelic Football Club was founded in 2009 with just a handful of kids.  The prestigious tournament involving 2,500 players from teams all over the United States and Canada is the highlight of the season for underage teams from all across the United States and Canada.  With over 400 games taking place over the course of four intense days at the top-class facilities at Chicago Gaelic Park grounds, this is the largest Gaelic sports event in the world outside Ireland.

Trinity traveled to Chicago with 3 teams of U8, U10 and U12 players.  The U12 team, coached by Chris O’Connor, Martin Faherty, and Mick Sammon, was bolstered by kids from Indiana and South Carolina and battled hard over the 4 days to make it to the final in their competition, only to be beaten by a team from Buffalo, NY at the final stage.  It was a real credit to the team to make it that far as in the days coming up the competition there were some key players who for unforeseen circumstances had to drop out at the last minute.

The U10 team, coached by Gerry Rowley and Kevin Faherty, ran the table on their competition and defeated Glenside, PA by a score of 16 points to 8 to become the first winners of a CYC title for the club.  The U8 team, that was coached by Barry Hunt and Brendan MacGrath, met neighbors from Dorchester, St. Brendan’s, in the U8 final.  The youngsters had to try their very best in what was a cauldron of excitement with each club cheering on their youngsters with unbridled enthusiasm.  With the teams tied at two points each the Milton kids went ahead by a point, and it was tension all the way to the final whistle with Trinity winning by the narrowest of margins 3 points to 2.

Additionally, Milton players James O’Neill, Aidan Skillen, Colm and Eoin Faherty, and Nessan O’Donnell were part of a Boston U14 team that made it to the semi-final only to lose to eventual winners, San Francisco.

We are deeply grateful to the many local businesses that made this trip possible thanks to their kind sponsorhsip. The 2017 edition will be in Buffalo, NY and the club looks forward to defending their titles and bringing more silverware back to Milton. 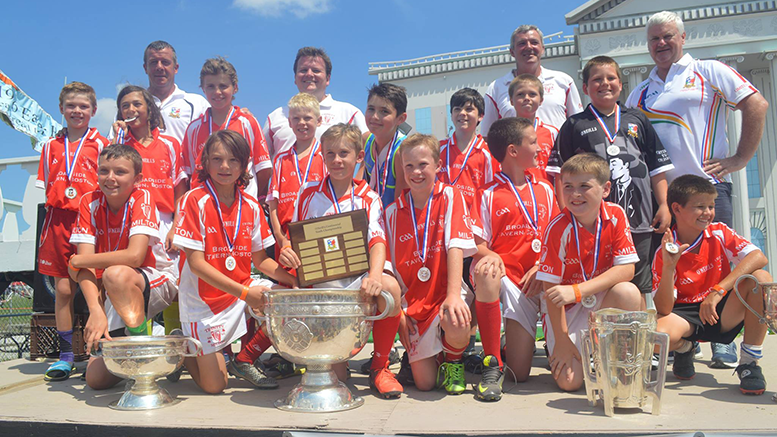 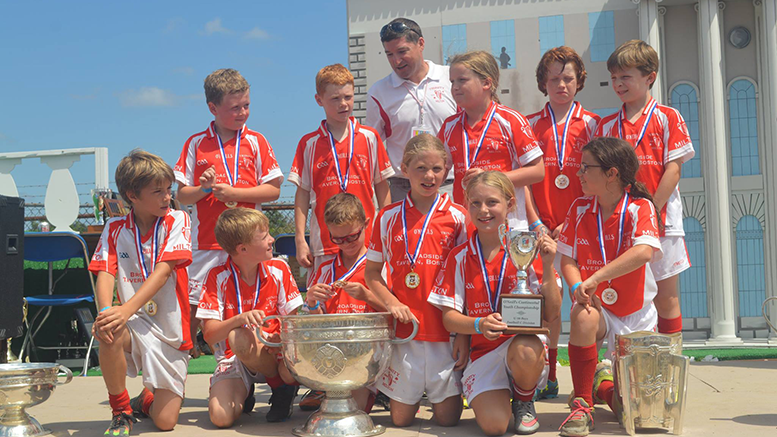 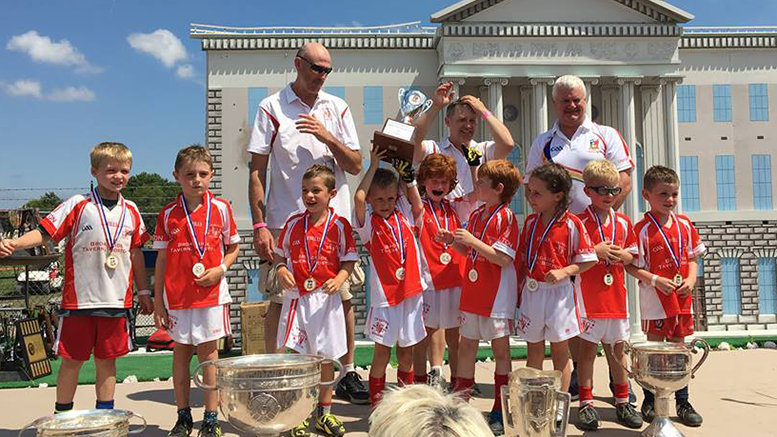