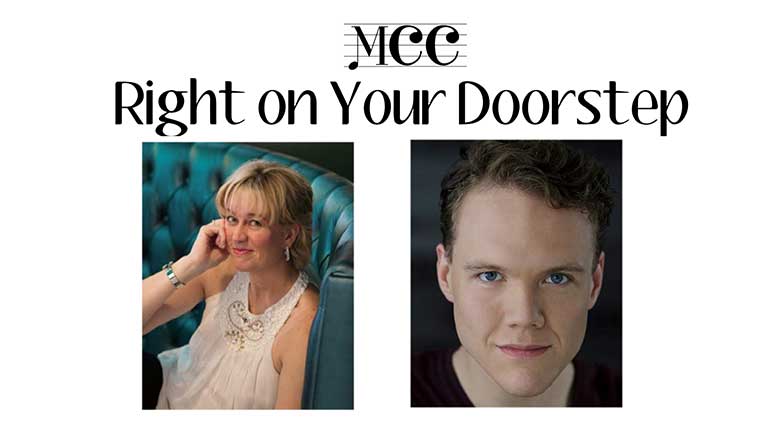 Right on your doorstep concert flyer

Milton Community Concerts kicks off its second season of concerts in a big way with a free benefit concert, “Right On Your Doorstep”, on Sunday, October 18 at 4 p.m. at First Parish Church of Milton (535 Canton Avenue).

It will feature two outstanding singers who have Milton connections: resident Pauline Wells, known for her numerous public appearances throughout New England, and baritone Brandon Grimes, an MHS grad who has achieved success in both opera and musical theater. These two talented musicians are teaming up with pianist Timothy Steele and others to present a wildly eclectic program of songs with something to please everyone.

All of the proceeds for this concert will go to support the music program in the Milton Public Schools.

Ms. Wells has always been very active in charitable and community causes. Many fans have heard her spirited and inspirational rendition of the Star Spangled Banner at Fenway Park and Gillette Stadium, and she has made over 300 public appearances, including Justice Square at the US Capitol in Washington,DC, Faneuil Hall, the Massachusetts State House, and Harvard University. Her concerts have drawn audiences to the Wilbur Theatre, Blue Ocean Music Hall, and Old Town Hall in Manhattan.

For 23 years she has served with the Cambridge Police Department, currently holding the rank of Lieutenant. She resides in Milton with her husband Richard and daughter Molly.

Mr. Grimes recently sang in a national tour of the musical, Jekyll and Hyde. He has appeared in several off-Broadway productions, has sung at the Cape Playhouse, and soon will be performing at the Ordway Theatre in St. Paul, MN. He studied opera at the University of Houston and University of Michigan, and has appeared in productions with Opera in the Ozarks and College Light Opera. As a student composer at Milton High School he wrote “Mass for a Dawning Age” which was premiered by the Quincy Choral Society, orchestra and soloists.

Admission to this concert is free; a free-will offering will be taken. Ample free parking is available. For more information about this concert visit miltoncommunityconcerts.com.

Be the first to comment on "Right On Your Doorstep Community Concert Scheduled for Oct. 18"