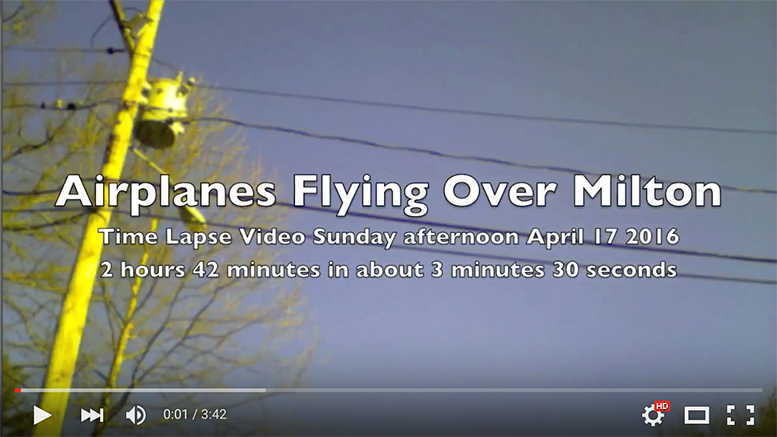 As you will see there are a lot of airplanes in a relatively short period of time.

62 planes were recorded in a time span of 2 hours and 42 minutes.

Though you cannot hear the sound in this video (planes going by are indicated by a sprightly “zing” sound), they are incredibly loud as they prepare to land.