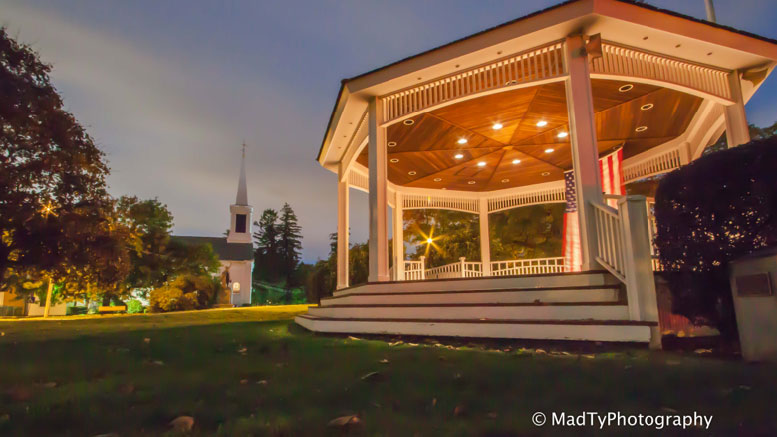 Baron Hugo Gazebo on the Town Green at the Town Hall