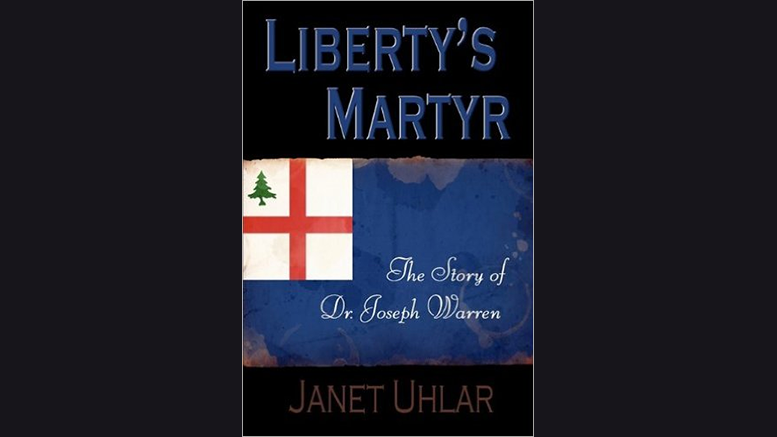 Author Janet Uhlar will speak on her new book “Liberty’s Martyr: The Story of Dr. Joseph Warren.”  Today his memory is all but forgotten, buried beneath the dust of time.  However, Joseph Warren was one of the foremost leaders in the final years prior to, and in the earliest months of the War for Independence.  Dr. Warren united the First Continental Congress and sent Paul Revere on his famous “midnight” ride.  It was also Dr. Warren who acted as Commander in Chief to the army of rag-tag Provincial solders until an official appointment was made.   Were it not for Dr. Warren’s prominent role, American history, as we know it, would be greatly altered.

Author, lecturer, screenplay writer, Janet Uhlar’s genre is rarely seen.  Her passion for the American Revolution is evident through her writing.  Janet presents biography through a living, breathing form – biographical fiction.  The characters lived; the events occurred.  The dialogue carries the stories.  Janet firmly believes that when the private lives and unique personalities of historical figures are presented, and the dynamics between these charters brought out, history becomes much more than cold black print on a stark white page.  Janet was born and reared in Quincy, Massachusetts – hometown of John Adams, John Quincy Adams, John Hancock and Josiah Quincy, Jr.  She now lives on Cape Cod.

Be the first to comment on "Author Janet Uhlar to speak on new book “Liberty’s Martyr: The Story of Dr. Joseph Warren”"