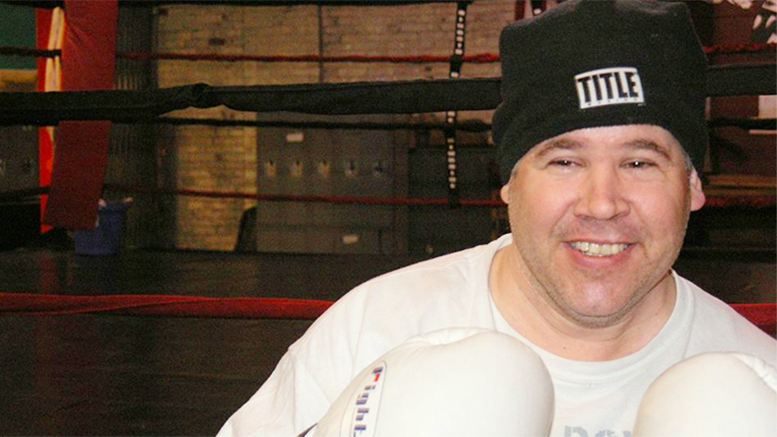 It is 8:30 a.m. on Thanksgiving Day, and “The Champ” is training in the gym, covered in sweat, fighting his worst enemy: cerebral palsy.

His record is 11-0. All have been knockouts. Sean McCarthy’s amateur bouts against able-bodied fighters are dubbed “special fights.” McCarthy, 45, says USA Boxing would never allow him in the ring, although he has sparred with professionals.

For those who can’t believe that someone with cerebral palsy can fight, just ask former champion Vinny Paz. He put a medal around McCarthy’s neck after one bout.

“Sean is a beast!” writes Paz in an email. “A perfect example of do what makes U happy in this crazy world & don’t let Nothing Stop U!

Read the full story in the Boston Globe.