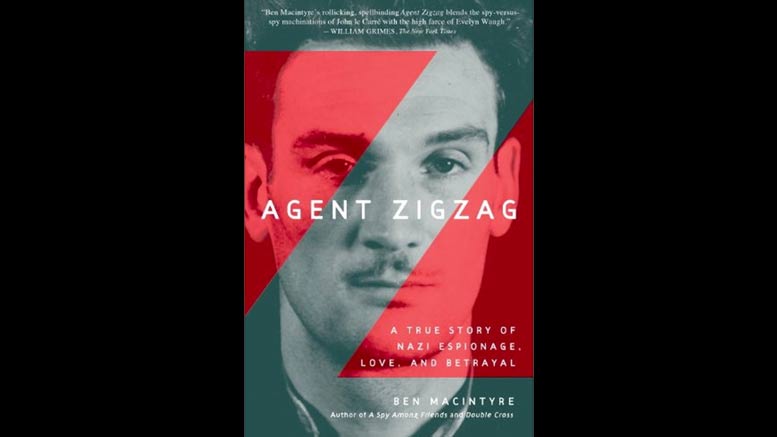 In December, the Milton Public Library received more than 300 votes from the community to determine the 2017 Milton Reads book title.  Although voting was close, the 2017 selection is Agent Zigzag: A True Story of Nazi Espionage, Love, and Betrayal by Ben Macintyre.

Agent Zigzag is an historical thriller that tells the story of Eddie Chapman, a British man who served as a double-agent during World War II. Based on recently declassified files, Agent Zigzag is a gripping tale of deception, love and intrigue which provides readers a glimpse into the life of a spy.

“I am really excited for this year’s Milton Reads,” says Will Adamczyk, Director of the Milton Public Library. “This is our second year of asking the community to pick a book, and we saw a lot more interest and many more votes than last year. Agent Zigzag is a great choice. The themes of spy craft, security, and espionage are topics still on the front pages today.”

Now in its sixth year, the Milton Library invites residents to participate in a shared cultural activity by exploring the same book together in a unique town-wide initiative. The public is encouraged to borrow Agent Zigzag from the library and attend events for adults and families including guest lecturers, film presentations, and a book discussion with all events to be held in March. Milton Reads and its programs are sponsored by the Friends of the Milton Library.

For more information about Agent Zigzag or the Milton Reads programs, please visit the library at 476 Canton Avenue in Milton, the library’s Facebook page or website at www.miltonlibrary.org, or email [email protected] with questions.

“The Finest Hours” to play at Milton Public Library

Be the first to comment on "2017 Milton Reads is Revealed!"