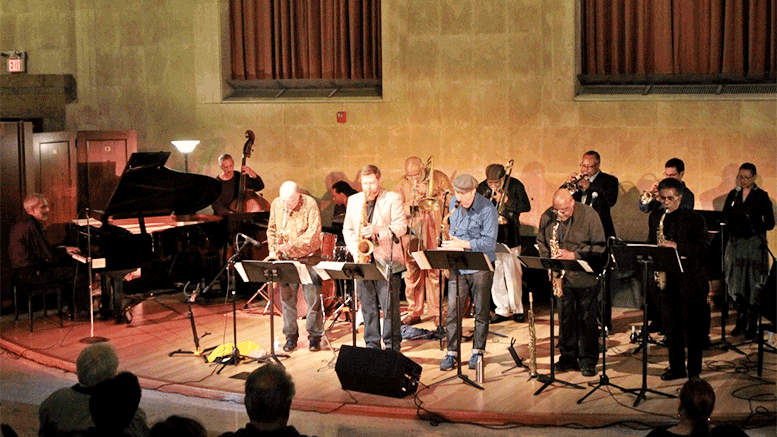 The Milton Public Library has some interesting events for adults and families happening during the month of February 2017.

The Milton Public Library has some interesting events for adults and families happening during the month of February 2017. On Saturday, February 4 starting at 2 p.m. there will be a one-hour jazz concert in the Keys Community Room to celebrate Black History Month. The performers will be Milton pianist John Kordalewski, bass player Carlos Pino, and drummer Kesivan Naidoo. The program will feature compositions by African American composers and will be a fitting tribute to some incredible musicians from years past. Mr. Kordalewski has been playing professionally since the late 1970s, and he leads and is the arranger for “The Makanda Project,” a 13-piece orchestra in the Boston area. Carlos Pino, of Bogota, Columbia has studied at New England Conservatory and has played on over 30 recordings, and Kesivan Naidoo of South Africa has established a reputation as one of the outstanding musicians of his generation. Do not miss this entertaining and inspiring performance!

On Tuesday, February 7, recruitment expert Gary Gekow will continue his career workshops with one entitled “Interviewing.” This 2-hour program will assist job seekers in avoiding mistakes when meeting prospective hiring managers, will allow for extensive questions and answers, and will give them the chance to try out typical interview questions. There is no sign-up required and the start time is 6:30 p.m..

On Wednesday, February 8 at 7 p.m., Library Director Will Adamczyk will hold his quarterly “Eclectic Book Group” in the lower level Conference Room. The title to be read in advance is A Constellation of Vital Phenomena by Anthony Marra (c2013) and to borrow a copy, call the Reference Desk at (617) 698-5757, .x 3, go to our website: www.miltonlibrary.org to place a hold, and several copies of this book will be available to check out at the Borrower Services desk also.

On Thursday, February 9 at 7 p.m., “Tiny House” guru and former host of HGTV’s “Tiny House Builders Show,” Derek Diedricksen (“Deek”) brings his experience and great stories to the library. Deek is the author of several books on tiny houses including Humble Homes, Simple Shacks, Cozy Cottages, Ramshackle Retreats, and Funky Forts. The New York Times reviewed his book, saying “for ingenuity, thrift, and charm, Mr. Diedricksen’s tiny structures are hard to beat.” His blog, relaxshacks.blogspot.com – tiny architecture in small living solutions, is filled with ideas of how we can all be part of the Tiny House Movement.

On Wednesday, February 15 at 7 p.m., “Oscar Night at the Library” returns with two of Boston’s expert film reviewers, Boston Globe film editor Janice Page, and Boston TV arts and entertainment reviewer Joyce Kulhawik. Don’t miss this annual review, and bantering of opinions about the films, directors, and actors who bring Oscar homewith them this year. Janice Page is the Deputy Managing Editor for Features and is the Globe’s Film Editor. She has also overseen the production of dozens of non-fiction books. Joyce Kulhawik is best known as the Emmy Award winning Arts & Entertainment Critic for CBS Boston. A member of the Boston Society of Film Critics, Joyce has reported live from the Oscars, and has co-hosted nationally syndicated movie review shows with Roger Ebert and Leonard Maltin.

“Shakespeare Sundays” returns on Sunday, February 26 at 2 p.m. with “The Tempest.” Workshop leader David Smith will lead an interactive discussion about the play, followed by several film clips showing how Shakespeare can be interpreted in a wide variety of ways, depending on the film’s director. To register for the workshop and order your copy of the play, visit the Library’s website at www.miltonlibrary.org or call the Library at (617) 698-5757, x. 3.

“Tuesday Night at the Movies” this month will bring you the wonderful film “Selma” on Tuesday, February 28 in honor of Black History Month, starting promptly at 6:30 p.m. This 2014 offering is a true story of courage and hope that changed the world forever. David Oyelowo shines as Dr. Martin Luther King, Jr., who rallied his followers on the historic march from Selma to Montgomery in the face of violent opposition, an event that became a milestone victory for the civil rights movement. Also starring Oprah Winfrey and Tom Wilkinson, “Selma” is the landmark achievement that critics have called “one of the most powerful films of the year” (Chris Nashawaty, Entertainment Weekly). If you haven’t seen this movie, you should join us for this free screening which should inspire us all.

The Milton Knitting Group with Nina Zonnevylle will meet on Thursday, February 2 at 7 p.m. and again on Saturday, February 18 at 10 a.m. in the lower level Conference Room, and the First Friday Book Chat with Will will be held on Friday, February 3 at 11 a.m. in the same location.

All of these program are kindly sponsored by the Friends of the Milton Public Library and are free and open to the public. They are held in the lower level Keys Community Room, unless otherwise noted and for more information, contact Jean Hlady, Adult Services Librarian, at (617) 698-5757, x. 3.