Home » News » Opinion: An Expanded Board of Selectmen is Good For Milton 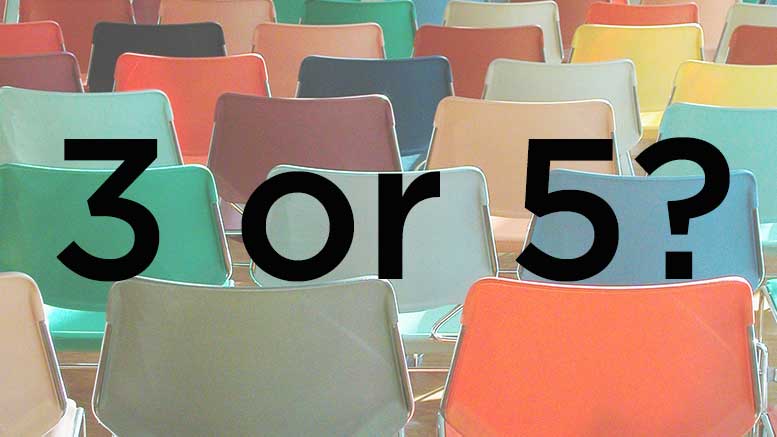 Shall an act passed by the general court entitled, “An Act increasing the membership of the board of selectmen of the town of Milton” be accepted?

Please don’t overlook it as its passage is critical to the implementation of an interrelated plan designed to increase efficiencies and transparencies of town government and provides a rare opportunity for voters to effect real and positive change in the town.

The proposal is borne out of the recognition by the Town’s Board of Selectmen (BOS) in 2011 that Milton’s government needed modernization as the size and scope of municipal operations has increased.

The proposal is borne out of the recognition by the Town’s Board of Selectmen (BOS) in 2011 that Milton’s government needed modernization as the size and scope of municipal operations has increased. To that end, the BOS commissioned the Town Government Study Committee to review and consider improvements to town governance matters. Members of the committee have included former selectmen, warrant and school committee chairs and a former town administrator. In short, this is a been-there-done-that group who have seen the sausage of town governance being made first hand. This committee wisely sought the assistance of the state Department of Revenue’s (DOR) Division of Local Services which provides a team of experts to consult with municipalities on matters of municipal finance, technology and government structure.  The DOR conducted a review of the town and provided its recommendations in a report delivered the selectmen in 2013.

In terms of governance, the DOR’s top two recommendations were: (1) to adopt a strong town manager who had real authority over town operations thereby taking much of the burden off of part-time selectmen in overseeing a vast bureaucratic web and freeing them up to consider policy-level question like a board of directors, and (2) to expand the Board of Selectmen from three members to five members. This first recommendation has already been implemented. As to the expansion of the Board, the DOR report stated:

We recommend expanding resident representation on the board of selectmen by increasing its membership from three to five. The current three-member board is conducive to small town governance in which the selectmen play a stronger role in daily municipal affairs. In a town with a population over 27,000, a budget approaching $98 million, and a wide range of town administrative functions, the role of the selectmen shifts. An expanded number of selectmen creates greater oversight of the town administrator position and broadens resident representation on the board. The board will therefore have greater capacity to explore issues by allocating responsibilities to more members and decisions will be more thorough because two additional perspectives are present. Also, because winning a majority of three, versus two votes, is more difficult, the prospects increase for greater collaboration; and with no more than two members elected each year, the board will experience greater stability and continuity. One possible downside is that meetings could be longer.

After reviewing the DOR’s recommendation in depth, Town Government Study Committee also came out for the expansion of the BOS stating in its report:

So, the two pieces of the modernization program work together, efficiency-gaining power is concentrated in the strong town administrator who serves as our CEO while necessary oversight of that empowered administrator is provided by the expansion of Board of Selectmen. As previously noted, the first of these two recommendations has already been adopted and we now have a town administrator with the consolidated and enlarged executive powers that were envisioned.  The implementation of the second recommendation is critical, for not doing so leaves an empowered town administrator overseen by a an overly-small board the rationale for which – “small town governance in which the selectmen play a stronger role in daily municipal affairs” – has passed.

The increased number of selectmen allow for a diversity of opinion and views which are critical to making good decisions in a fiduciary role.

As noted by the DOR and the Town Government study committee, the increase in board size will provide greater manpower to dig more deeply into the myriad issues that the part-time board must consider in order to make informed decisions for the town. In addition, the increased number of selectmen allow for a diversity of opinion and views which are critical to making good decisions in a fiduciary role.  The increased board will also serve as a check on the concentration of power which itself provides as an important protection for the proper governance of the town.

Arguments against the expansion of the Board of Selectmen do not hold water.

Arguments against the expansion of the Board of Selectmen do not hold water. First, it is argued that the expansion is too much for a strong town administrator to take in as the town has only recently adopted the strong administrator structure. This argument does not hold up to scrutiny. As a hypothetical matter, the strong administrator is a new role, so an expanded board should be of no consequence to the holder of that new office. As a practical matter, however, the argument nose-dives as Michael Dennehy, our town administrator, is a highly-experienced professional who came to the position after serving as the Director of Public Works for the City of Boston. In this position, he doubtlessly had to address concerns from the city’s Mayor and 13 city councilors with regard to demands for services. He received high praise for his handling of “snowmaggedon” in 2015. In short, Mr. Dennehy is no shrinking violet and I believe we can all trust in his ability to successfully handle inquiries from two additional selectmen. A second argument is that the position of member of the Board of Selectmen offers health insurance to the holders of that office and that the town should avoid those costs. This argument is penny-wise and pound-foolish.  The expanded board provides important oversight over a $100 million plus budget and serves to provide a critical check against the concentration of power.  Assuming the two new selectmen actually took the benefit,  the incremental increase in health care costs (rounding items on the budget) is vastly outweighed by the benefits gained by better oversight and a greater diversity of views that will come with the expansion of the board.  Finally, it is argued that the expanded board would lengthen the time of meetings.   I have done an informal review of selectmen minutes for Milton and certain peer towns such as Needham and see no material difference in the length of meetings between Milton and these communities and, in any event, for the benefits already mentioned, this seems a small price to pay.

On April 25th, we have an opportunity to complete another step in the modernization of Milton’s governance by expanding the number of members of the Board of Selectmen from three to five as an overwhelming majority of our peer towns already have done (and for good reason!). A failure to do so will deprive our community of a needed diversity of views and undermine a well-thought-out plan for governance that is only half-way to completion.

Be the first to comment on "Opinion: An Expanded Board of Selectmen is Good For Milton"