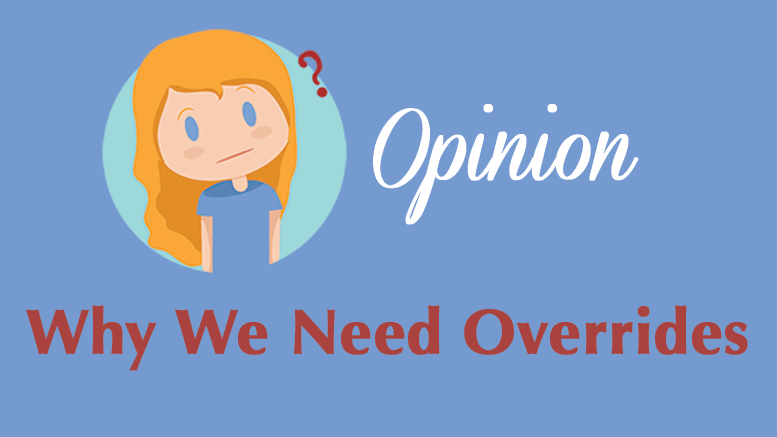 Opinion: Why we need overrides

On Tuesday, January 20th, Milton residents will vote for the 7th time on a Proposition 2 ½ override for its operational budget.

Here is the history of prior votes: 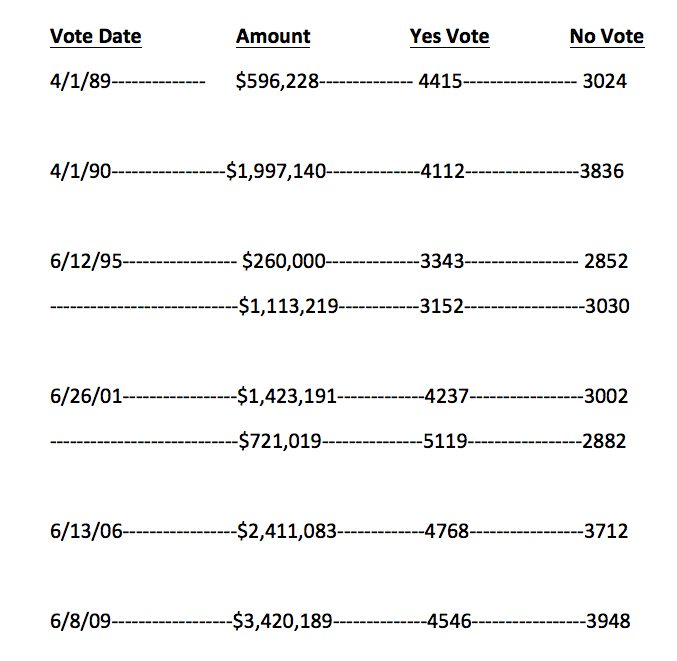 As we approach Election Day, opponents of the override are making the following arguments (arguments made whenever there is an override in the offing).

In addressing these arguments I will use data from the Massachusetts Department of Revenue for a list of towns comparable to Milton. For the selection criteria of comparable towns, visit: http://miltonview.blogspot.com/2009/02/comparable-communities-financial-data.html

The short answer is because certain costs Municipalities incur rise faster than the inflation rate or the 2 1/2 % increase allowed under Proposition 2 1/2.

The Government’s Consumer Price Index measures the price trend of a collection of goods and services purchased by households. Municipal Costs such as Health Insurance, mandated costs of Special Education, and certain capital goods rise substantially faster than a loaf of bread or a quart of milk.

The state Department of Revenue tracks revenue increases by community with a measure called Municipal Revenue Growth Factor. The state wide average is currently around 4% per year.  Because the number can vary from year to year, I’ve computed a five year average for the years 2011-2015.

Here’s what the Municipal Revenue Growth Factor shows for Milton and the comparable communities: 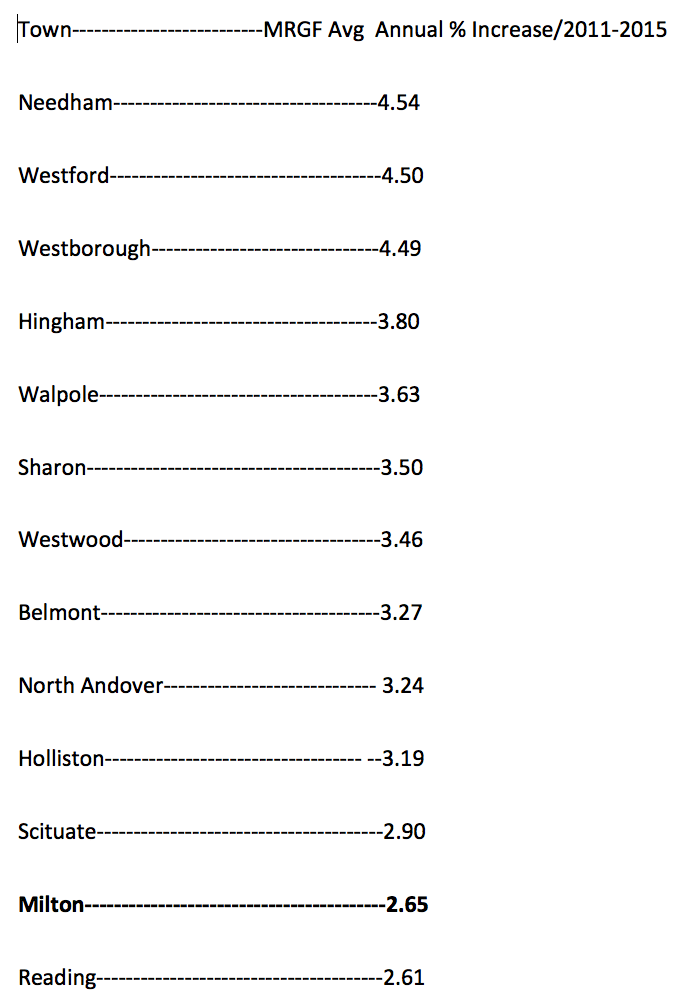 During this period there were no overrides and Milton ranked 12th out of 13 comparable communities in its annual revenue growth. Our growth rate was nearly one full percentage point below the group average of 3.52%. Over just a few years, this difference creates substantial pressure on efforts to preserve the level of services we desire.

Why don’t we fix the spending problem?

An interesting formulation that assumes its truthfulness. Does Milton have a spending problem? Or is our spending at exactly the level town residents have selected on a number of occasions to preserve services they find important?

I suppose one could assume past overrides have pushed us into the category of high spending communities. Let’s look at Department of Revenue data for expenditures on a per capita basis for the comparable communities.

Department of Revenue data for expenditures: 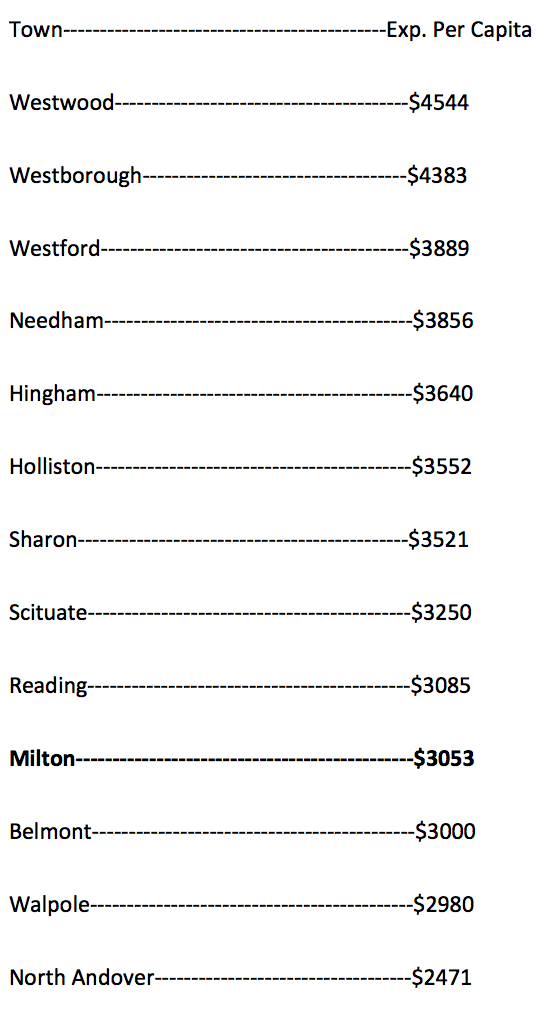 Milton does not have a spending problem. We have a systemic revenue problem that can only be addressed through periodic overrides.

Schools cause overrides and have high administrative costs.

Overrides occur because the Warrant Committee, the Town Meeting and the Board of Selectmen conclude that slow revenue growth will result in a substantial loss of services for the town, and that the voters should be given the opportunity to weigh in on the matter.

Overrides involve all Town Departments, not just the schools. This year, more than 50% of the revenue from a successful override will go to non-school departments.

On the charge about administrative costs, here is Department of Education data for the group of comparable towns. 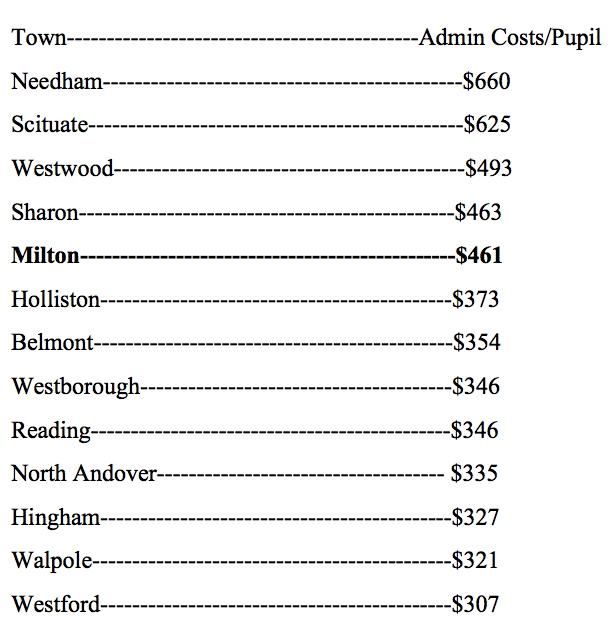 Milton ranks 5th out of 13 towns and spends slightly more than the group average of $416 per pupil on administrative costs. The state-wide average is $500 per pupil.

Surviving for 8 years without an override is an under-appreciated accomplishment, and credit goes to Town Leadership.

Of course, in addition to this, positions have been cut over the 8 years, or vacant positions have been left vacant because of lack of money. Some of these will be restored or filled if the override passes, and substantial new cuts in service that would otherwise occur will be avoided with a successful override.

If you value the services of a top notch community, you should support the override on Tuesday, June 20th.

Be the first to comment on "Opinion: Why we need overrides"