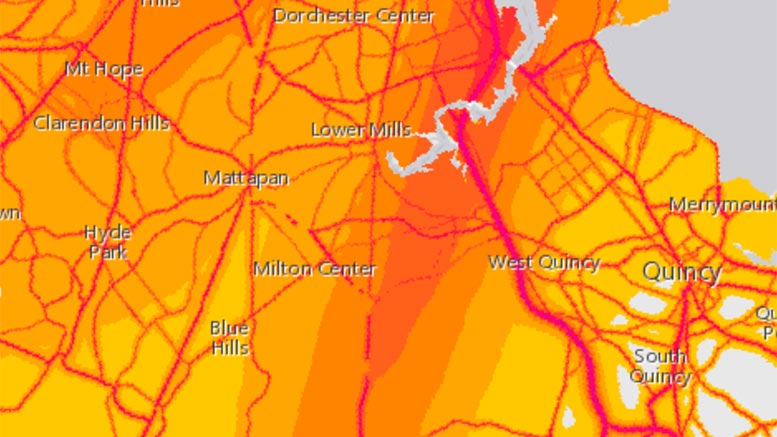 The Town penned another letter to Massport on January 29th, concerning the incessant plane traffic over Milton.

The letter calls for the most recent “Block 2” study by Massport/MIT to include “study of measures that would provide meaningful relief from airplane noise and pollution for the communities that are adversely affected by arrivals to Runways 4R and 4L.” Both of these paths are located over Milton, MA.

About 39% of all arrivals fly over the same Milton homes, schools, and parks – an extremely unfair and abusive distribution of pollution and noise. Both the incessant noise and the ultrafine particles that fall from the planes on Milton’s homes and schools are linked to increased heart disease, and premature death.

A recent Business Insider article, titled, Noise pollution is a bigger threat to your health than you may think, and Americans aren’t taking it seriously, states that:

“[Any noise] at or above above 65 decibels can trigger an increase in blood pressure, heart rate, and stress hormones in the blood. Over time we can get used to these sounds, but that doesn’t make them any less dangerous.”

Noise levels over Collicot and Cunningham Schools, and Cunningham park, are regularly measured at 80+ decibels when planes are running over the 4R flight path, which is nearly 40% of the time, from 5:00 a.m. until past midnight.