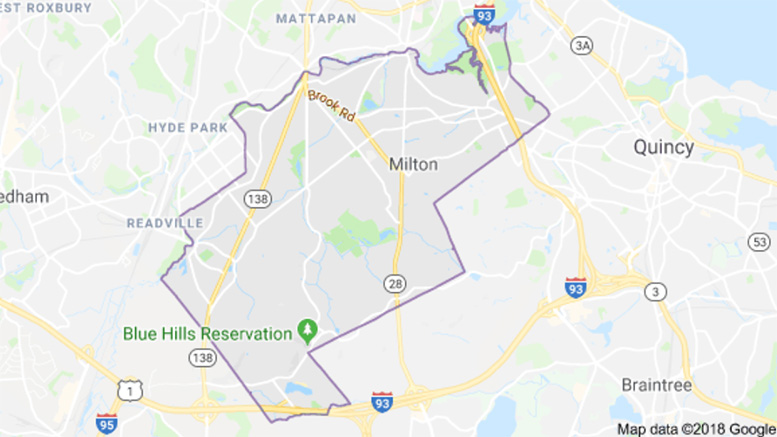 A conversation with John Cronin

I was fortunate to be able to sit down recently with John Cronin, former long-time Town Administrator, to talk about Milton. He and his wife are charming hosts, and while we chatted I received a great deal of background about the history of the town.

Cronin was good enough to provide a copy of the Milton Historical Society’s newsletter featuring old photos of automobile garages in East Milton. Seeing those guided the general conversation towards talk of development in town.

I find the old photos of Milton fascinating. They often look like a different world. There are a lot of businesses, a lot of signs. It looks like a bustling place. Now, lots of people will tell you that the commercial districts of the town are still vibrant, but the image of them today doesn’t match that of the past. Cronin noted that East Milton’s Fruit Center was formerly Babcock’s grain store and Canton Avenue’s Dolan Chapman Funeral Home is on the site of The Rising Sun Tavern. Landed gentry would once leave their horse at the Crossman’s Stable in the Village, before they caught the steam railroad to Boston. That is going back a bit, but not as long as you might think.

He explained that the three business zones voted by Town Meeting in July of 1922 were at the Town’s three train stops: Central Ave., The Village, and East Milton. The restrictive residential/business zoning was adopted to stop a proposed strip mall in a residential neighborhood. The vote on that hot summer day was unanimous. The Supreme Judicial Court upheld Town Meeting’s decision. The 1938 and subsequent zoning changes have largely followed that goal of maintaining the “Town’s semi-rural character”, according to Cronin. Last year’s vote to allow business development at the “Ice House” property on Blue Hills Parkway was the first allowing a new business use in the residential zone by Town Meeting since 1922, observed Cronin.

Perhaps it is cyclical, where the town has growth spurts rather than slow, steady development, yet it seems we are entering another boom time.

Perhaps it is cyclical, where the town has growth spurts rather than slow, steady development, yet it seems we are entering another boom time. In many ways, that’s a good thing. The town needs to grow. More of our kids, as they grow and return to town, want to live here, as well as more and more families want to relocate here. That growth adds vibrancy and diversity to our neighborhoods. It improves the tax base, with increasing real estate prices, to help provide municipal services.

…there are downsides to growth.

On the other hand, there are downsides to growth. From a tax point of view, a lot of development just does not pay for itself. I usually get a lot of details and numbers from conversations with people working in Town Hall about how the tax rate for family homes generally does not offset the municipal services costs to the town. New homes are more than welcome in town, but they are not eyed as sources of income to pay for things like the schools in town.

They had no quarrel with mixed-use, but objected to the height, urbanization, and adverse impact on the nearby residential neighborhood.

Cronin mentioned a couple of things along those lines that could be helpful. It looks like a favored trend for development is mixed use. Developers want to build facilities that have both commercial and residential purposes. This isn’t a particularly new strategy, John said he and others fought against an oversized mixed use project in the 2005 to no avail. They had no quarrel with mixed-use, but objected to the height, urbanization, and adverse impact on the nearby residential neighborhood. However, there are more and more such proposals being considered.

What Cronin told me is of a far greater benefit to the town are multi-unit housing developments. He pointed to Quisset Brook, Winter Valley, Pine Tree Brook Homes, the Milton Hill House, 88 Wharf Street, and Fuller Village. With several units for smaller families, they are more compact in area compared to single family homes. These developments usually have large setbacks and a less intrusive footprint. They serve mostly seniors and singles and offer a greater tax contribution compared to the costs for services. In our talk, he was enthusiastic about this style development praising the recent Town Meeting to zone the 47- acre Canton Avenue former estate of Governor Wolcott to allow 50 luxury condominiums. These multi-family units already have a greater taxable real estate valuation than the combination of all of the business and commercial properties in the Town, a fact pointed out by the retired Town Administrator.

That growth has been shepherded with an eye to preserving our community feel and aesthetic.

We both agreed that the town does need certain development. The success of several new restaurants is applauded, for example. There are just more and more costs to running a town like Milton each year, and the town cannot rely on overrides to cover revenue shortfalls. I don’t think anyone is going to suggest anything as radical as expanding the commercial districts, yet better use for what we have now is obviously needed. The town has grown and continues to do so. That growth has been shepherded with an eye to preserving our community feel and aesthetic. Future growth, certainly needed, will benefit from that attitude.

Be the first to comment on "A conversation with John Cronin" 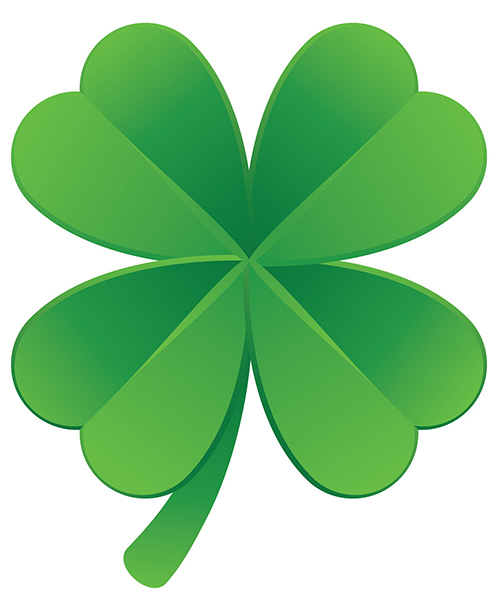 Got a special event coming up for St. Patrick's Day? Sign up below tolearn how to promote it!

Would you like to showcase your St. Paddy's Day event or special?