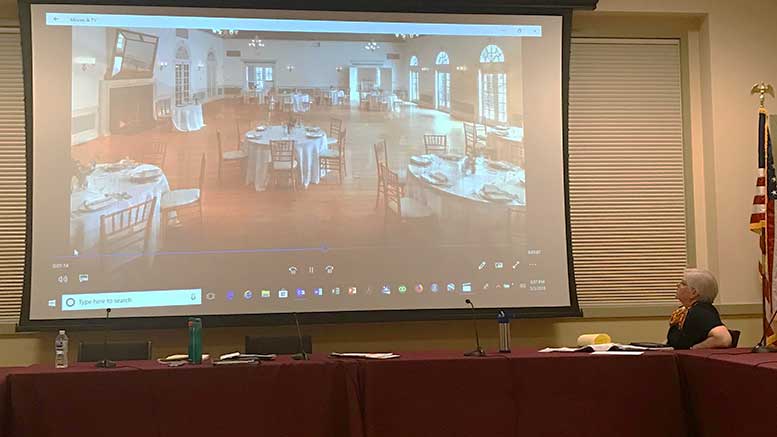 The Zoning Board of Appeals unanimously voted in favor of granting a special permit to Kelly Trust LLC to operate a private, non-profit club at 193 Central Avenue that can host private functions. Owner Peter Kelly, in the presentation by attorney Ned Corcoran, showed the board how he has restored the former Hoosic Club and intends to renovate the first floor of the building to house educational, arts, and cultural non-profits to lease the space. The upper floor will be used as a function hall and for a Milton Club. 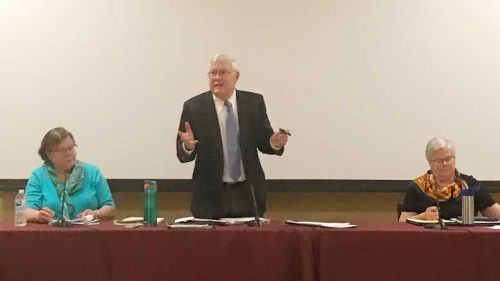 Several conditions related to noise abatement, hours of operation, and other neighbors’ concerns were added to the special permit. Chair John Leonard, speaking before he voted, noted that he wanted to err on the side of preserving the historic building. He did not know if the proposal as a business venture could work, or if the proposal would not adversely impact the quality of life for neighbors. However, the chance to preserve the facility was one worth granting given the conditions imposed. He also pointed out that what was being granted was a special permit, not a variance. Variances, he said, were permanent and did not expire or were subject to change. This special permit was granted for three years and if conditions in the neighborhood warranted, such as noise annoyance, parking concerns, or quality of life, neighbors could apply to the board for remedy. In that case the board could impose new conditions, not renew the special permit when it expires, or even revoke it. 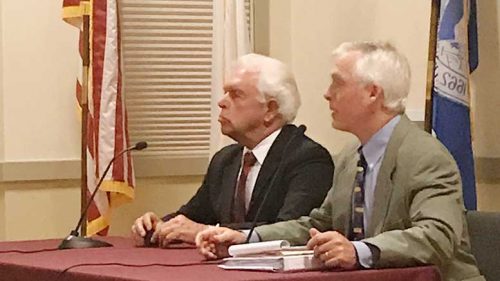 Vance Welch of Abby Park and Novara will provide exclusive catering service to the Milton Club and function hall through his catering firm, Cypress Catering. Corcoran told the board that Welch is applying for a state wide catering liquor license. Cypress Catering then would be able to dispense alcohol at 193 Central Avenue and throughout the state. Kelly Trust LLC would not have to ask the town for a home rule petition to get a liquor license from the state. Alcohol would be available for functions via the catering license. 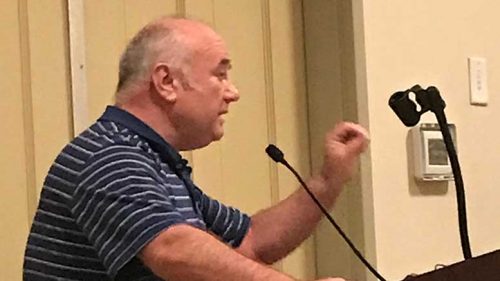 The board heard extensive testimony from supporters and opponents of the project. Many people were encouraged by the prospect of a new art and cultural facility in town, and a renovated function hall. Opponents pointed out the extensive history of bad behavior in the neighborhood resulting from functions when the building was the Hoosic Club. Parking was a significant concern as was speculation that a large number of functions would be needed to pay for the estimated $2 million investment. 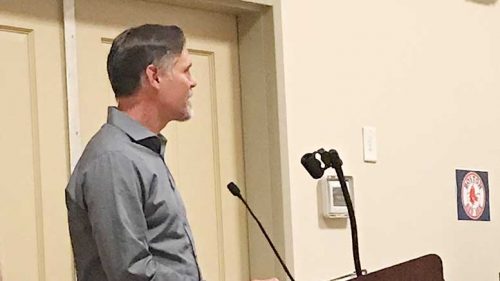 Approximately 20,000 square feet of the current property could be sold as a separate lot for residential development, and the current gravel area behind the hall could be paved to provide on site parking. Corcoran noted that police details for functions with 100 or more attendees would be required, and satellite valet parking could be available at either Turner’s Pond or Pierce Middle School. He did not state that he had agreements with the town for any of those options. Corcoran also stated in response to Leonard’s question and resident concerns that there were no plans for the ground floor to be used as office facilities as had been previously rumored.