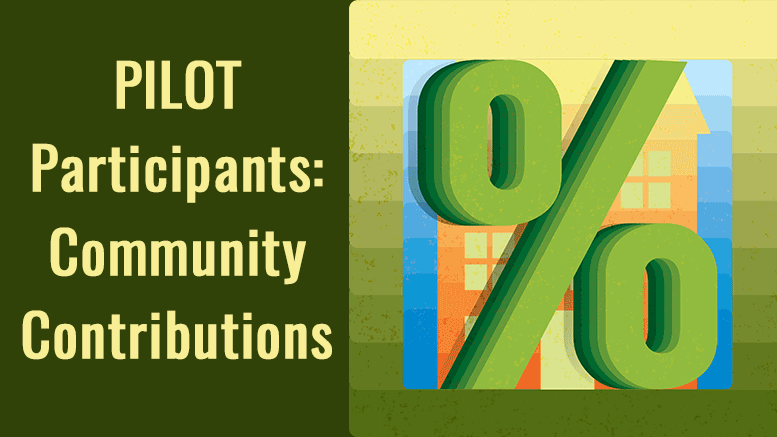 Part two of a three-part series by Doug Scibeck.

Town of Milton businesses and institutions contribute to the community in many ways, not least of which is revenue to the town through taxes. Some institutions, Curry College, BID-Milton Hospital, and Milton Academy, are exempt from paying most taxes according to Massachusetts General Law.

What each of the “big three” institutions offers the town in addition to taxes can best be summarized from information available from them directly. The information below is provided by Milton Academy, BID-Milton Office of Public Relations, and from Curry College public relations – Office of Institutional Advancement.

“The Academy voluntarily paid approximately $109,000 in property taxes in 2016–17, largely related to properties used for faculty residences. All residential properties acquired since 1986, as well as certain other properties acquired as early as 1925 according to town records, are included in this figure. While not legally obligated to do so, the Academy has purposefully kept these properties on the tax rolls to ensure that the Academy’s residential program would not negatively impact the town’s finances. The residential tax is billed by the town quarterly and reflects annual increases, including any overrides.”

“In addition, since mid-1999, the Academy has paid for the energy costs of the street lights and crosswalk flood lights that run along Centre Street from our main campus to our east campus. In 2016-17, the Academy paid $7,483 directly to Eversource for these lights.

Cash donations provided directly to the Town and other local organizations totaled approximately $30,000 in 2016–17. These figures have increased in recent years as the Academy recovered from the 2009 financial crisis. To ensure that the gifts given can be of a meaningful size and high impact, the Academy is specifically focused on giving to organizations with missions aligned with that of the Academy.

The following organizations received cash donations of $1,000 or more from the Academy in 2016-17:

Other contributions as well as services provided to the town are explained in the Milton Academy Town – Academy Report (available here, PDF).

“In FY 17, BID-Milton provided total Community Benefits valued at $1,280,869 to the public.  Although it is impossible for us to assign a specific amount of these benefits that went directly to Milton residents, given the number of different communities and residents participating in the program, the hospital did provide $178,700 in free care to Milton residents last year.”

“A few examples of community benefits programs that BID-Milton provides to Milton organizations include support exceeding $40,000 over the last four years to the Milton Foundation for Education and $12,000 over the next three years to the Town of Milton’s new Interface Behavioral Health Referral Service.”

“This year we provided $4,000 in community health grants to the Milton Public Schools for the PARENT education series and funded an anti-bullying program at Tucker School.  In addition, the hospital contributes $4,500 annually to the Milton Council on Aging to sponsor their Lunch and Learn series, where BID-Milton physicians and staff donate their time in conducting health education programming.”

The BID-Milton Community Benefits Plan was developed by a team comprised of hospital leadership, patient advocacy, medical staff, public relations, and community representation. The group reviewed progress towards goals and objectives of the prior three year period, as well as the current data collected through the CHA, to help envision and define priority areas for the future. Based on this foundation, priority areas were identified and goals were defined. HRiA worked with the Community Benefits team to create objectives for each goal and drafted strategies to operationalize these objectives.

“Being a good corporate citizen is important to Curry College. Though the College has tax-exempt status, the College has had at least two written PILOT agreements with the Town of Milton, dating back to the 1990s. It is our understanding that Curry College may be the only institution with a written PILOT agreement with the Town of Milton.

Our annual PILOT payment is but one measure of the wide ranging and significant contributions that the College makes to the Town of Milton and its people.

The College is recognized for its significant financial support of a number of wide-ranging important community organizations, its substantial investment and absorption of operating losses at the Ulin Rink on behalf of the Town of Milton.

Curry College is a strong supporter of the Town’s schools. Our student-athletes regularly interact with Milton K-12 schools and students, serving as positive role models and volunteering at events.

Milton residents can also enjoy a wide range of recreational and cultural activities on campus at no or low cost – from playing tennis to attending sporting events to lectures, musical and theatrical performances by individuals who are prominent in the fields of academics, arts, sciences and public service.

Our facilities have been made available for “town meeting” style political forums, as well as for visiting speakers hosted by Milton organizations.”

What is the PILOT program?

Milton recognizes that non-profit organizations contribute directly to the quality of life within the community and welcomes them to the town. In order to maintain the financial health of the community so as to continue to provide a range of quality services, the Town must preserve its existing tax base and expand revenue sources where reasonably possible. It is the Town policy to distribute the burden of cost in a fair method among all users of services: citizens, taxpayers and non-profit institutions. (View the full PILOT Program Charge, PDF)

This is part two of a three part series:

Public Information Meeting to be held on December 18th, 2019

Be the first to comment on "Milton’s PILOT program: Community Benefits (Part 2)"