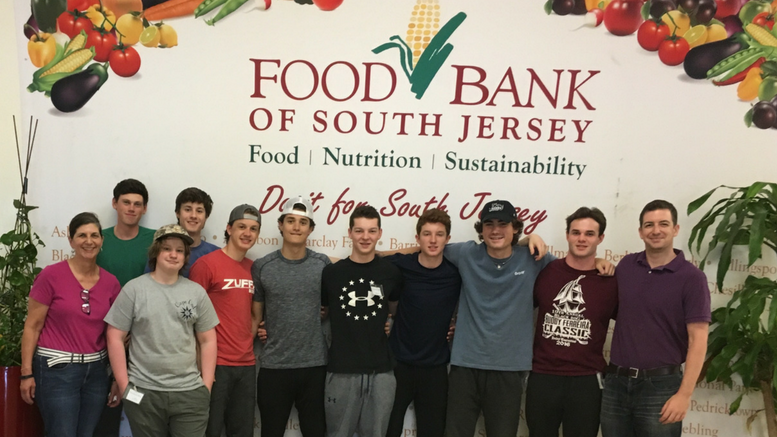 Milton student volunteers in New Jersey for one week

Christopher Martin of Milton, a junior at Boston College High School, spent a most satisfying week, from June 17 to June 23, working at the Blessed Oscar Romero, S.J. Center in Camden New Jersey, one of the poorest and most racially isolated cities in the nation.

Martin with 8 of his classmates and under the guidance of BC High English teacher, Kevin McLain and Mrs. Mary Sullivan of the BC High Student Affairs staff, built relationships with the poor of Camden.

Their service took many conventional forms: volunteering at the South Jersey food bank, boxing buffer ingredients for poor people recently recovering after being discharged from the hospital; supervising, assisting, and engaging with dementia patients of the Abigail House.

One day they travelled to the Cathedral Kitchen to serve meals to the homeless and hungry. The boys also set up bowling lanes for wheelchair-bound, sport enthusiasts at the Inglis House; they gave hand massages to some very grateful, and often subsequently very sleepy, seniors at Mercy Neighborhood Ministries; and played dominos against some ruthless sharks at the STARS Adult Medical Day Care Center.

“With the boys’ comfort infringed upon,” said McLain, “ I am pleased to report that their reliance on each other and, more importantly, the peoples we have engaged with has bolstered all spirits and turned our hesitation into something productive and something good.”

Milton Board of Assessors to run Assessor’s Cyclical Inspection Program

Be the first to comment on "Milton student volunteers in Camden, New Jersey with Boston College High School"