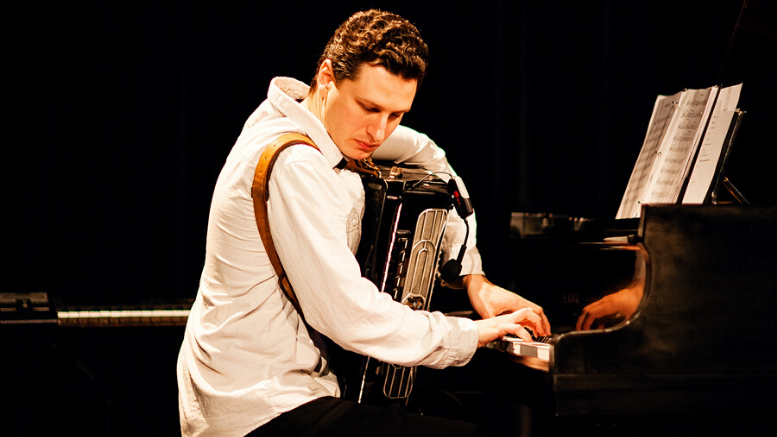 Come listen to The Plamen Karadonev Trio perform at Ashmont’s Parish of All Saints.

The Plamen Karadonev Trio and special guest Elena Koleva will perform at Ashmont’s Parish of All Saints on Thursday evening November 14th.  Karadonev came to Boston from his native Bulgaria in the mid ’90s and has been a familiar face on the local scene since. He’s played with greats like Randy Brecker, Jimmy Cobb, David Liebman and the Boston-based top tenor saxophonist Jerry Bergonzi, with whom he often plays these days. Plamen (piano, accordion and compositions) will be joined by Charles Overton on harp and Austin McMahon on drums. They’ll play Plamen’s compositions, which are influenced by Eastern European folklore, 20th century classical music and other contemporary styles with a jazz foundation. They’ll be joined on some numbers by vocalist Elena Koleva.

Their performance is part of the Dot Jazz Series, a co-production of Milton resident Mark Redmond’s Mandorla Music and Greater Ashmont Main Street.  Dot Jazz has been bringing live jazz to Ashmont since 2017, and nearby residents have been very responsive.  “We’ve been thrilled at the response,” said Redmond, who’s been producing jazz events at various Boston-area venues since 2013.  “There’s an enthusiastic audience for jazz in Dorchester and Milton and we hope to see new faces on the 14th!  Many Milton residents first heard harp player Charles Overton when he played a concert I co-produced at the Eustis Estate over the summer. Come hear him again in this wonderful band!”

Doors open at 7:00 p.m. and music starts at 7:30 p.m. The concert takes place in Peabody Hall, Parish of All Saints, 209 Ashmont Street, Dorchester. $15 tickets are available at dotjazz.org or at the door.  The concert is free for those under 18.

Save the date for March’s Courageous Conversations

Be the first to comment on "Plamen Karadonev Trio to perform at Dot Jazz Series on November 14th, 2019"