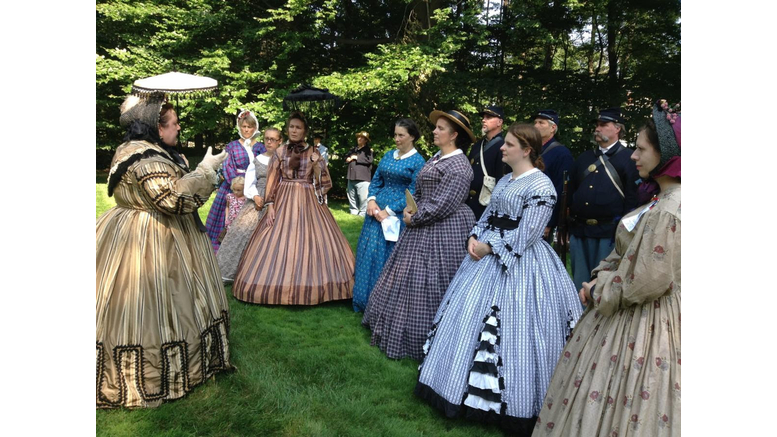 Allow us to introduce Professor John J. Coates. We’re learned much about his remarkable life through his correspondence with Mary in the 1920’s, preserved as m=part of her collection of Lincolniana – items related to Lincoln and the Civil War.

Coates was born a slave in Charles County, MD. According to an excerpt of his biography, his duties were “…to mind and drive the turkeys in the tobacco fields, to pick and eat the worms and to drive and to go after the cows.” After running away and being captured twice, he finally succeeded when he joined up with a larger group of feeling saves and was able to settle in Washington.

In 1864, he was one of the many men and boys called to be examined for the draft, but – being a boy of just 14 – he was passed over. Less than six months later, however, he enlisted on his own, claiming to be 18. Coates was assigned to the Company G 23rd Regiment United States Colored Volunteers.

Having heard the roar of cannons and seen many other soldiers wounded in battle, Coates was anxious to join the fight himself. “I was glad of the chance to see real war, and saw more than I wanted to see…after being in battle five minutes I cared little for my life.” At one point, he fought for nearly five hours before being captured along with hundreds of others.

Once the war ended, Coates eventually made his way to Haverhill, MA, and opened a writing school. He had studied French, Hebrew, Italian, Polish, Swedish, Greek and English. As the broadside above advertises, he offered instruction in penmanship, cardwriting, grammar, and spelling, as well as “avoiding hyperbole, circumlocution, and pugnacity.”

Coates was also an artist. The Forbes House collection includes a pen and ink drawing of Lincoln with his son Tad, and another of his works is in the Smithsonian American Art Museum: “Eve, and the Serpent in the Garden, of Eden.”

Learn about our feather friends, including their distinct calls and favorite meals. Bundle up and explore Governor Hutchinson’s Field, looking for horned owls and other nocturnal creature. Then enjoy hot dogs, s’ mores, and hot drinks by the campfire.

Start at the museum for parking, check-in, and owl info stations. Nature lovers will also enjoy the temporary exhibit “Homage to the Neponset” by local artist David J. Stokle.

Get your tickets here.

Sweethearts by the Sea: Love and Marriage in the Age of Whaling

In the age of whaling in the 19th century, it was not uncommon for couples to be separated for years at a time. Some, however, defied convention by going to sea together. Hear about one such couple out of Fall River, MA, based on the letters and journals they left behind. Bring your own friend or sweetheart to enjoy this talk by publics historian Amanda Goodheart Parks, as well as complimentary wine and gourmet chocolates.

Tickets must be purchased in advance: RSVP here

The themes for the 2020 Lincoln Essay and Drawing Contest will be announced on Lincoln’s Birthday, February 12th.

Is your home ready for an organizational reset?

Be the first to comment on "Forbes House Museum February Newsletter"