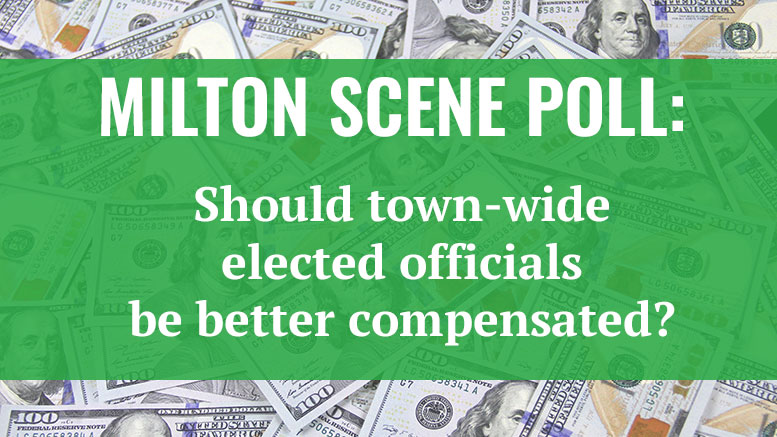 Milton’s Select Board members are paid a $1500/year stipend for countless hours of work.

And… it should be noted that fewer people seem to be running for most elected positions. It’s not unusual for Milton to have uncontested elections.

Do you think town-wide elected officials should be better compensated?

Either in the form of a better stipend, health insurance, or both?

Take the poll and leave your comments:

Be the first to comment on "POLL: Should town-wide elected officials be better compensated?"