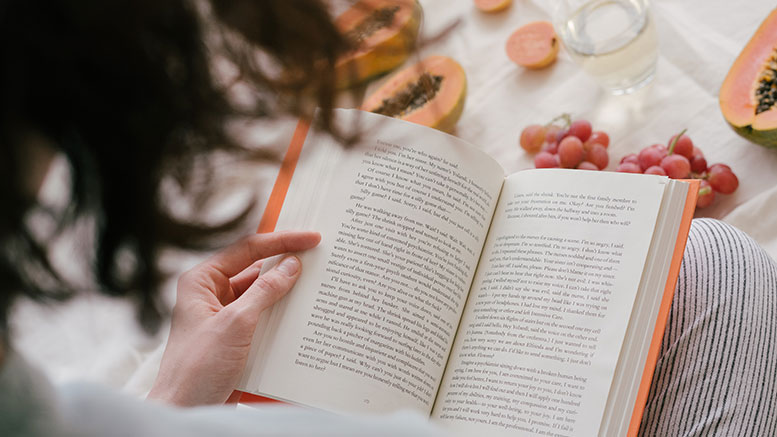 Need a new book? Milton Neighbors recommend their favorite “books that they couldn’t put down (Week 3)

Here is the list of Milton’s favorite page-turners for Week 3:

When word got out that Tiffany Jenkins was withdrawing from opiates on the floor of a jail cell, people in her town were shocked. Not because of the twenty felonies she’d committed, or the nature of her crimes, or even that she’d been captain of the high school cheerleading squad just a few years earlier, but because her boyfriend was a Deputy Sherriff, and his friends—their friends—were the ones who’d arrested her.

The Night Circus – by Erin Morgenstern

The circus arrives without warning. No announcements precede it. It is simply there, when yesterday it was not. Within the black-and-white striped canvas tents is an utterly unique experience full of breathtaking amazements. It is called Le Cirque des Rêves, and it is only open at night.

But behind the scenes, a fierce competition is underway: a duel between two young magicians, Celia and Marco, who have been trained since childhood expressly for this purpose by their mercurial instructors.

The Alchemist – A Fable About Following Your Dream – by Paulo Coelho

Combining magic, mysticism, wisdom and wonder into an inspiring tale of self-discovery, The Alchemist has become a modern classic, selling millions of copies around the world and transforming the lives of countless readers across generations.

Paulo Coelho’s masterpiece tells the mystical story of Santiago, an Andalusian shepherd boy who yearns to travel in search of a worldly treasure.

The Goldfinch – by Donna Tartt

Theo Decker, a 13-year-old New Yorker, miraculously survives an accident that kills his mother. Abandoned by his father, Theo is taken in by the family of a wealthy friend. Bewildered by his strange new home on Park Avenue, disturbed by schoolmates who don’t know how to talk to him, and tormented above all by a longing for his mother, he clings to the one thing that reminds him of her: a small, mysteriously captivating painting that ultimately draws Theo into a wealthy and insular art community.

HER – by Pierre Alex Jeanty

For those on a journey to find self-love and acceptance, the words on these pages are dedicated to helping you see the beauty staring back in the mirror, finding the strength to conquer your heartbreak, gaining the confidence to bury your insecurities, and to remind why you are such a powerful creature. In the pages of HER, best-selling poet Pierre Alex Jeanty shares through poetry, prose, and quotes, his unique perspective on women encompassing their strength and realizing their beauty. Every woman should experience the reality of being loved, and the joy of radiating those feelings toward the one they love.

New York socialite Caroline Ferriday has her hands full with her post at the French consulate and a new love on the horizon. But Caroline’s world is forever changed when Hitler’s army invades Poland in September 1939—and then sets its sights on France.

An ocean away from Caroline, Kasia Kuzmerick, a Polish teenager, senses her carefree youth disappearing as she is drawn deeper into her role as courier for the underground resistance movement. In a tense atmosphere of watchful eyes and suspecting neighbors, one false move can have dire consequences.

In 1936, the Nazi are little more than loud, brutish bores to fifteen-year old Stephan Neuman, the son of a wealthy and influential Jewish family and budding playwright whose playground extends from Vienna’s streets to its intricate underground tunnels. Stephan’s best friend and companion is the brilliant Žofie-Helene, a Christian girl whose mother edits a progressive, anti-Nazi newspaper. But the two adolescents’ carefree innocence is shattered when the Nazis’ take control.

There is hope in the darkness, though.

Binchy’s graceful storytelling and wise compassion have earned her the devotion of fans worldwide–and made her one of the most beloved authors of our time. Now she dazzles us once again with a new novel filled with her signature warmth, humor, and tender insight. A provocative tale of family heartbreak, friendship, and revelation, Tara Road explores every woman’s fantasy: escape, into another place, another life. “What if . . .” Binchy asks, and answers in her most astonishing novel to date.

The Lost Jewels – by Kirsty Manning

Why would someone bury a bucket of precious jewels and gemstones and never return?

Present Day. When respected American jewelry historian, Kate Kirby, receives a call about the Cheapside jewels, she knows she’s on the brink of the experience of a lifetime.

But the trip to London forces Kate to explore secrets that have long been buried by her own family. Back in Boston, Kate has uncovered a series of sketches in her great-grandmother’s papers linking her suffragette great-grandmother Essie to the Cheapside collection. Could these sketches hold the key to Essie’s secret life in Edwardian London?

Things You Save in a Fire – by Katherine Center

Cassie Hanwell was born for emergencies. As one of the only female firefighters in her Texas firehouse, she’s seen her fair share of them, and she’s a total pro at other people’s tragedies. But when her estranged and ailing mother asks her to give up her whole life and move to Boston, Cassie suddenly has an emergency of her own. The tough, old-school Boston firehouse is as different from Cassie’s old job as it could possibly be.

Superintendent Gormley Releases Updates For The Week Of February 10

Milton real estate is treat for sellers, challenge for buyers

Be the first to comment on "Need a new book? Milton Neighbors recommend their favorite “books that they couldn’t put down (Week 3)" 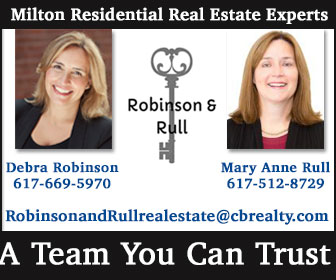