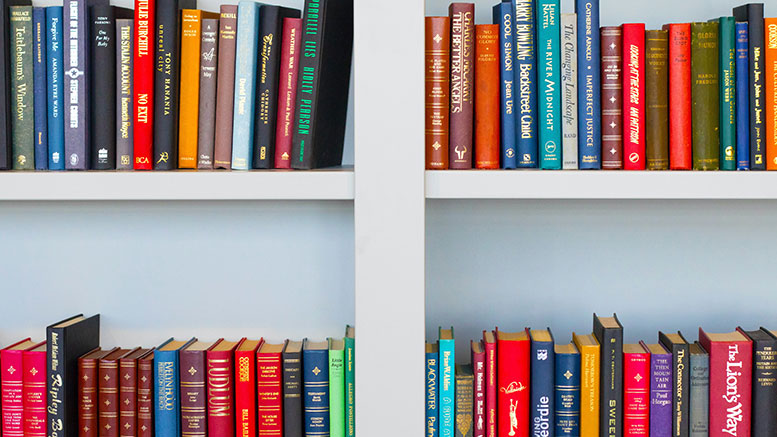 We decided that since our past Milton’s favorite reads posts were so well received, we’ll continue sharing more favorite books! In a previous Milton Neighbors thread, group members shared books that they couldn’t put down.

Here is the list of Milton’s favorite page-turners for Week 9:

The Only Woman in the Room: A Novel – by Marie Benedict

Her beauty almost certainly saved her from the rising Nazi party and led to marriage with an Austrian arms dealer. Underestimated in everything else, she overheard the Third Reich’s plans while at her husband’s side and understood more than anyone would guess. She devised a plan to flee in disguise from their castle, and the whirlwind escape landed her in Hollywood. She became Hedy Lamarr, screen star.

But she kept a secret more shocking than her heritage or her marriage: she was a scientist. And she had an idea that might help the country fight the Nazis and revolutionize modern communication…if anyone would listen to her.

Sage Singer is a baker. She works through the night, preparing the day’s breads and pastries, trying to escape a reality of loneliness, bad memories, and the shadow of her mother’s death. When Josef Weber, an elderly man in Sage’s grief support group, begins stopping by the bakery, they strike up an unlikely friendship. Despite their differences, they see in each other the hidden scars that others can’t.

Everything changes on the day that Josef confesses a long-buried and shame­ful secret and asks Sage for an extraordinary favor. If she says yes, she faces not only moral repercussions, but potentially legal ones as well.

Pillars Of The Earth – by Ken Follett

A departure for the bestselling thriller writer, this historical epic—a twelfth-century tale of the building of a mighty Gothic cathedral—stunned readers and critics alike with its ambitious scope and gripping humanity

The Witch Elm – by Tana French

Toby is a happy-go-lucky charmer who’s dodged a scrape at work and is celebrating with friends when the night takes a turn that will change his life—he surprises two burglars who beat him and leave him for dead. Struggling to recover from his injuries, beginning to understand that he might never be the same man again, he takes refuge at his family’s ancestral home to care for his dying uncle Hugo. Then a skull is found in the trunk of an elm tree in the garden—and as detectives close in, Toby is forced to face the possibility that his past may not be what he has always believed.

A spellbinding standalone from one of the best suspense writers working today, The Witch Elm asks what we become, and what we’re capable of, when we no longer know who we are.

Mrs. Everything: A Novel – by Jennifer Weiner

Growing up in 1950s Detroit, they live in a perfect “Dick and Jane” house, where their roles in the family are clearly defined. Jo is the tomboy, the bookish rebel with a passion to make the world more fair; Bethie is the pretty, feminine good girl, a would-be star who enjoys the power her beauty confers and dreams of a traditional life.

But the truth ends up looking different from what the girls imagined. Jo and Bethie survive traumas and tragedies.

Clara Kelley is not who they think she is. She’s not the experienced Irish maid who was hired to work in one of Pittsburgh’s grandest households. She’s a poor farmer’s daughter with nowhere to go and nothing in her pockets. But the woman who shares her name has vanished, and assuming her identity just might get Clara some money to send back home.

Clara must rely on resolve as strong as the steel Pittsburgh is becoming famous for and an uncanny understanding of business, attributes that quickly gain her Carnegie’s trust. But she still can’t let her guard down, not even when Andrew becomes something more than an employer. Revealing her past might ruin her future―and her family’s.

The Family Upstairs: A Novel – by Lisa Jewell

Be careful who you let in.

Soon after her twenty-fifth birthday, Libby Jones returns home from work to find the letter she’s been waiting for her entire life. She rips it open with one driving thought: I am finally going to know who I am.

She soon learns not only the identity of her birth parents, but also that she is the sole inheritor of their abandoned mansion on the banks of the Thames in London’s fashionable Chelsea neighborhood, worth millions. Everything in Libby’s life is about to change. But what she can’t possibly know is that others have been waiting for this day as well—and she is on a collision course to meet them.

The Red Tent – by Anita Diamant

Her name is Dinah. In the Bible, her life is only hinted at in a brief and violent detour within the more familiar chapters of the Book of Genesis that tell of her father, Jacob, and his twelve sons.

Told in Dinah’s voice, Anita Diamant imagines the traditions and turmoils of ancient womanhood–the world of the red tent. It begins with the story of the mothers–Leah, Rachel, Zilpah, and Bilhah–the four wives of Jacob. They love Dinah and give her gifts that sustain her through childhood, a calling to midwifery, and a new home in a foreign land. Dinah’s story reaches out from a remarkable period of early history and creates an intimate connection with the past.

Glass Castle: A Memoir – by

A young woman named Aomame follows a taxi driver’s enigmatic suggestion and begins to notice puzzling discrepancies in the world around her. She has entered, she realizes, a parallel existence, which she calls 1Q84 —“Q is for ‘question mark.’ A world that bears a question.” Meanwhile, an aspiring writer named Tengo takes on a suspect ghostwriting project. He becomes so wrapped up with the work and its unusual author that, soon, his previously placid life begins to come unraveled.

As Aomame’s and Tengo’s narratives converge over the course of this single year, we learn of the profound and tangled connections that bind them ever closer: a beautiful, dyslexic teenage girl with a unique vision; a mysterious religious cult that instigated a shoot-out with the metropolitan police; a reclusive, wealthy dowager who runs a shelter for abused women; a hideously ugly private investigator; a mild-mannered yet ruthlessly efficient bodyguard; and a peculiarly insistent television-fee collector.

Fruit Center limits number of customers in stores to 50

Be the first to comment on "Need a new book? Milton Neighbors recommend their favorites – Week 9"