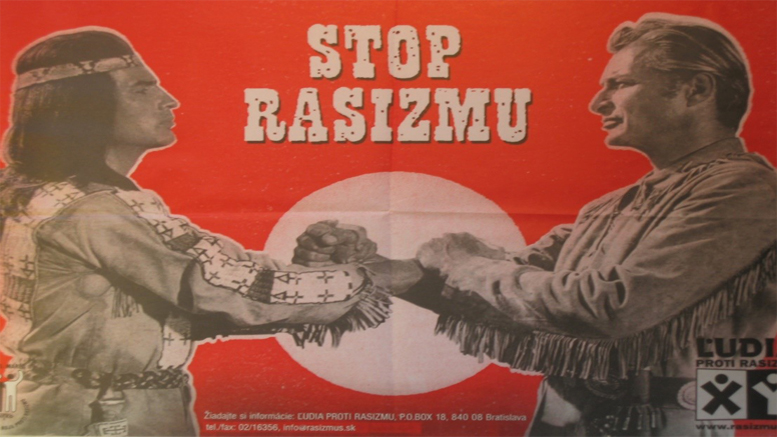 From September 1 through the 28, there will be our first live exhibit since Covid shown in the Library’s Wotiz Gallery.  This is a collection of colorful and artistic employment-related union posters from around the world owned by Stephen Lewis.  The topic of this interesting display is “diversity” in the workplace.

Organizations in many countries use posters to communicate ideas and messages to their audience.  Posters are sometimes used as billboards and are pasted on walls, fences, and poles all over a city.  Unions sometimes hang posters in workplaces to warn of dangers, educate about benefits or inspire actions.  Posters sometimes use mainly the written word to communicate a message.  Other times they rely on creative art to communicate the idea.  It is an art form that is easily accessible to many people.  The art goes to the people rather than the people having to go to a museum.  It is a communication tool that is less frequently used by unions in the United States.  As commercial advertising calls for more consumption, a political poster calls for more action.

The ideas depicted in this exhibit encourage us to think about stereotypes and our perceptions of how we view others.  Some posters go further by encouraging not only a change in thinking, but also suggest ways to make changes.  We face these realities daily: immigration rights, racial tension, violence against women, and religious strife, and this display represents all of these challenges.  Hating someone because of their skin color, religion, disability, gender, or sexual preference is a way of dividing people.  It has been used by fanatics to promote themselves and has been used by corporations to fight union organizing drives.  It has been used by nations to help wage war over resources, which is what many wars are really about.  The nature of unions is to promote solidarity, to unite for the betterment of the whole.  Hopefully this collection of posters will add to the positive message about diversity being something to celebrate, not to hate.

Stephen Lewis has over 900 posters in his collection and is a long-time activist in the labor movement.  He is the former Treasurer of his union and has exhibited at a number of libraries in Massachusetts, at Boston City Hall, and at two of the state Heritage parks.  Stephen has presented at the annual conference of the National Council on Public History, and on some cable television programs.  He can be reached at [email protected]   The posters/photos were contributed by friends, collected at conferences, visits to some of the organizations, and from connections made through the Internet.

We hope you might visit the Library in September to enjoy seeing the important messages and clever artwork in these fascinating posters!  For more information, go to our website: www.miltonlibrary.org or contact Jean Hlady, Head of Adult Services/Reference, at [email protected] or call her at (617) 898-4964.

Milton Council on Aging presents: Western Gunslingers: The Truth Behind the Westerns