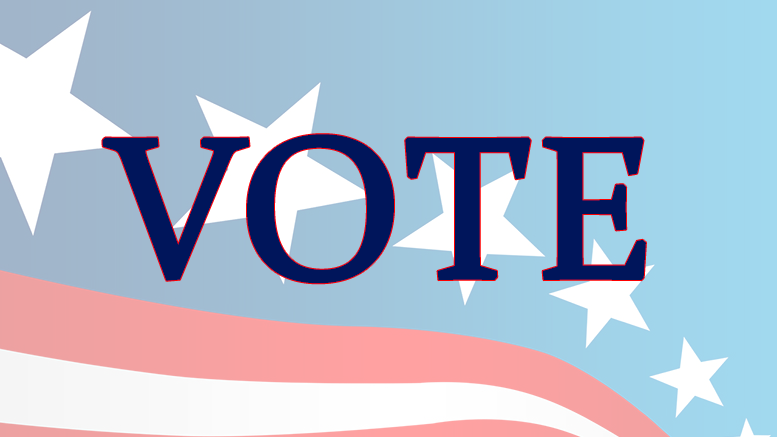 Election for the candidates for the following offices:

QUESTION 1: PROPOSED AMENDMENT TO THE CONSTITUTION

This proposed constitutional amendment would establish an additional 4% state income tax on that portion of annual taxable income in excess of $1 million. This income level would be adjusted annually, by the same method used for federal income-tax brackets, to reflect increases in the cost of living. Revenues from this tax would be used, subject to appropriation by the state Legislature, for public education, public colleges and universities; and for the repair and maintenance of roads, bridges, and public transportation. The proposed amendment would apply to tax years beginning on or after January 1, 2023.

A YES VOTE would amend the state Constitution to impose an additional 4% tax on that portion of incomes over one million dollars to be used, subject to appropriation by the state Legislature, on education and transportation.

A NO VOTE would make no change in the state Constitution relative to income tax.

Do you approve of a law summarized below, on which no vote was taken by the Senate or the House of Representatives on or before May 3, 2022?

This proposed law would direct the Commissioner of the Massachusetts Division of Insurance to approve or disapprove the rates of dental benefit plans and would require that a dental insurance carrier meet an annual aggregate medical loss ratio for its covered dental benefit plans of 83 percent. The medical loss ratio would measure the amount of premium dollars a dental insurance carrier spends on its members’ dental expenses and quality
improvements, as opposed to administrative expenses. If a carrier’s annual aggregate medical loss ratio is less than 83 percent, the carrier would be required to refund the excess premiums to its covered individuals and groups. The proposed law would allow the Commissioner to waive or adjust the refunds only if it is determined that issuing refunds would result in financial impairment for the carrier.

The proposed law would require the carriers offering dental benefit plans to submit information about their current and projected medical loss ratio, administrative expenses, and other financial information to the Commissioner.

Each carrier would be required to submit an annual comprehensive financial statement to the Division of Insurance, itemized by market group size and line of business. A carrier that also provides administrative services to one or more self-insured groups would also be required to file an appendix to their annual financial statement with information about its self-insured business. The proposed law would impose a late penalty on a carrier that does not file its annual report on or before April 1.

The Division would be required to make the submitted data public, to issue an annual summary to certain legislative committees, and to exchange the data with the Health Policy Commission. The Commissioner would be required to adopt standards requiring the registration of persons or entities not otherwise licensed or registered by the Commissioner and criteria for the standardized reporting and uniform allocation methodologies among carriers.

The proposed law sets forth criteria that, if met, would require the Commissioner to presumptively disapprove a carrier’s rate, including if the aggregate medical loss ratio for all dental benefit plans offered by a carrier is less than 83 percent.

The proposed law would establish procedures to be followed if a proposed rate is presumptively disapproved or if the Commissioner disapproves a rate.

The proposed law would require the Division to hold a hearing if a carrier reports a risk-based capital ratio on a combined entity basis that exceeds 700 percent in its annual report.

A YES VOTE would regulate dental insurance rates, including by requiring companies to spend at least 83% of premiums on member dental expenses and quality improvements instead of administrative expenses, and by making other changes to dental insurance regulations.

A NO VOTE would make no change in the law relative to the regulations that apply to dental insurance companies.

Do you approve of a law summarized below, on which no vote was taken by the Senate or the House of Representatives on or before May 3, 2022?

Beginning in 2023, the proposed law would set a maximum number of “all alcoholic beverages” licenses that any one retailer could own or control at 7 licenses unless a retailer currently holds more than 7 such licenses.

The proposed law would alter the calculation of the fine that the Alcoholic Beverages Control Commission may accept in lieu of suspending any license issued under the State Liquor Control Act. The proposed law would modify the formula for calculating such fee from being based on the gross profits on the sale of alcoholic beverages to being based on the gross profits on all retail sales.

The proposed law would also add out-of-state motor vehicle licenses to the list of the forms of identification that any holder of a license issued under the State Liquor Control Act, or their agent or employee, may choose to reasonably rely on for proof of a person’s identity and age.

A NO VOTE would make no change in the laws governing the retail sale of alcoholic beverages.

QUESTION 4: REFERENDUM ON AN EXISTING LAW

Do you approve of a law summarized below, which was approved by the House of Representatives  and the Senate on May 26, 2022?

The law requires that applicants for a driver’s license or learner’s permit shall attest, under the pains and penalties of perjury, that their license has not been suspended or revoked in any other state, country, or jurisdiction. The law specifies that information provided by or relating to any applicant or license-holder will not be a public record and shall not be disclosed, except as required by federal law or as authorized by Attorney General regulations, and except for purposes of motor vehicle insurance.

The law directs the registrar of motor vehicles to make regulations regarding the documents required of United States citizens and others who provide proof of lawful presence with their license application.

The law also requires the registrar and the Secretary of the Commonwealth to establish procedures and regulations to ensure that an applicant for a standard driver’s license or learner’s permit who does not provide proof of lawful presence will not be automatically registered to vote.

A YES VOTE would keep in place the law, which would allow Massachusetts residents who cannot provide proof of lawful presence in the United States to obtain a driver’s license or permit if they meet the other requirements for doing so

A NO VOTE would repeal this law.

Shall the representative for this district be instructed to vote for legislation to create a single payer system of universal health care that provides all Massachusetts residents with comprehensive health care coverage including the freedom to choose doctors and other health care professionals, facilities, and services, and eliminates the role of insurance companies in health care by creating an insurance trust fund that is publicly administered?

Shall the representative from this district be instructed to vote in favor of changes to the applicable House of Representative rules to make each Legislator’s vote in that body’s Legislative committees publicly available on the Legislature’s website? 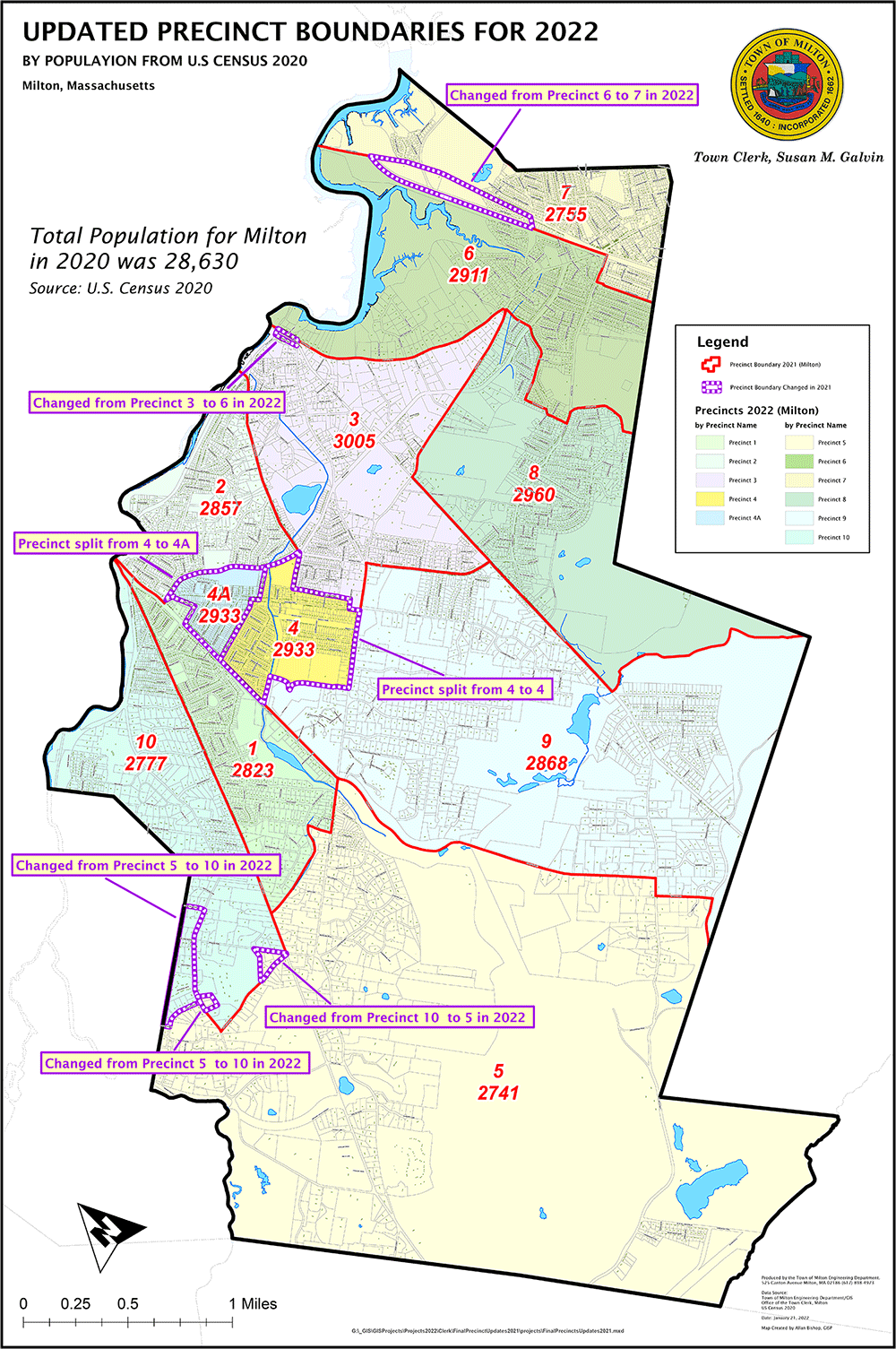 Milton Candidates: Have you filled out your Questionnaire for the April 26, 2022 election?

Be the first to comment on "Election Day is TODAY, November 8. View sample ballots and polling locations."