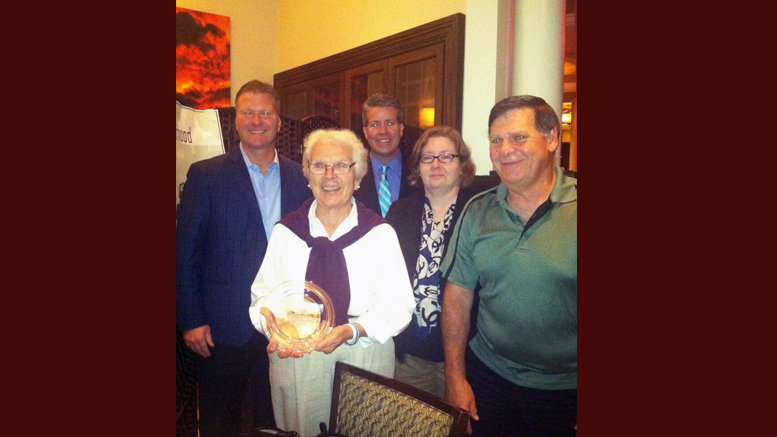 Treasurer Joe O’Neill recalled how when he was a freshman at the University of Notre Dame, Joe Manning drove out with another parent to deliver a large footlocker with all his clothing in it.  It vividly showed how Joe Manning was more than willing to go the extra mile to help. It was a 2,000 mile round trip.

Board Member Arthur Doyle said, “The purpose of the East Milton Neighborhood Association’s annual M. Joseph Manning Community Service Award is to recognize and honor any citizens throughout the Town of Milton who exhibit the community service and spirit that is the legacy of M. Joseph Manning.”

Nomination forms for next year’s award will be available early January online at the Association’s website emna02186.wordpress.com. The deadline for nominations will be February 14, 2016, and the next award presented at the association’s April 6, 2016 annual meeting.

One of those present said, “I’m already thinking of who I want to nominate for next year”.

Be the first to comment on "The late M. Joseph Manning honored by the East Milton Neighborhood Association"