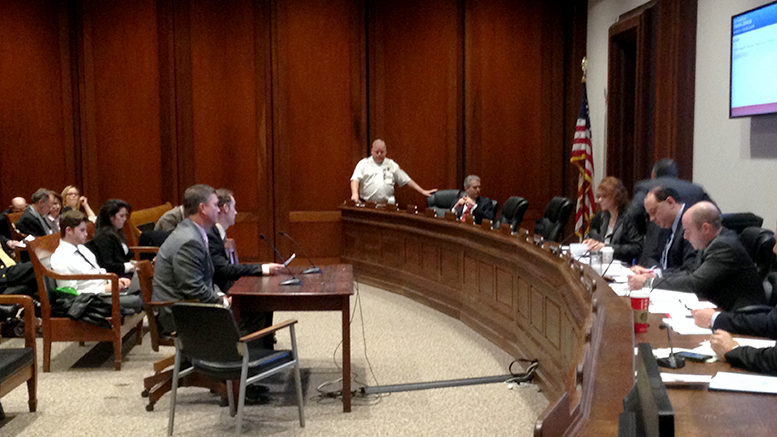 On Tuesday, December 8, physical therapists, including Milton Resident Daryl Elliot, spoke at the Joint Committee on Financial Services in support of Bill H-922, An Act relative to physical therapy. The bill, which would require copayments to be same amount as doctor’s office visit copayments, was filed by Rep. David Nangle.