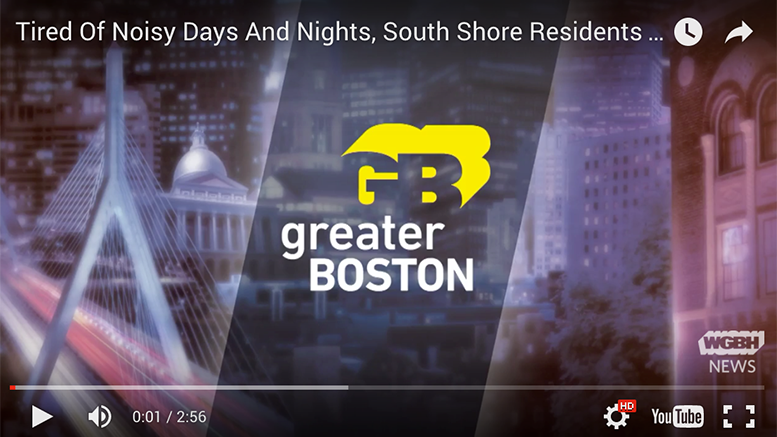 After Cindy Christiansen moved from Brookline to Milton in 2011, she set about creating a little urban oasis, complete with funky yard sculptures and three charming chickens.

“This is a relatively light period now,” Christen said one recent weekday morning, as an interview in her backyard was interrupted by repeated flyovers. “They’re probably coming, what, every 3 minutes? We get them every 90 seconds.”

Christian blames a new method of routing flights into Logan, which is part of a broaderpush by the FAA to make the nation’s airplanes and airports more efficient.

For her and her neighbors, Christiansen says, that policy shift—widely known as NextGen—has meant hundreds of airplanes taking the same few paths over their homes every day.