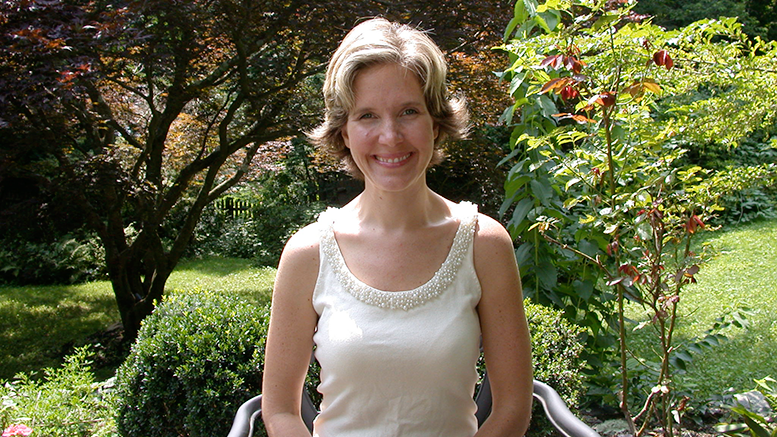 Swenson currently serves as a Milton Town Meeting member for the fifth precinct and President of the Friends of Blue Hills. She is also a founding member of the Milton Neighborhood Coalition. She is a proud mother and step-mother, and has lived in Milton for the past ten years. In her career, she was an award winning producer at WGBH.

Denny said, “I believe we are at one of those moments in time where we need fresh perspectives. That means both new ears and new voices. That means new ideas and new action. That means a new candidate who isn’t ‘top down’ but who spends time listening to the neighborhoods.”

Swenson spoke of skills she learned in her years as a journalist and has since applied to addressing community challenges. “For there to be effective action,” she stated, “we need someone willing to get to the bottom of tough issues by listening to people and asking hard questions.”

Denny Swenson commented on her experience in helping neighborhoods. She has organized neighborhoods to stand up for themselves against aggressive developers. She was active in stopping Milton Mews, a proposed development complex of 276 units made up of 4 and 5 story buildings that was slated to go into a pristine area of critical environmental concern abutting Fowl Meadow. When there was an increase in the incidence of Lyme disease in the region, Denny brought a Lyme awareness campaign into Milton public schools’ fourth grade classrooms.

She concluded her announcement by stating: “As State Representative, I will work as hard as I can to maximize state funds for each of our neighborhoods, schools and recreational areas; but I want to do this by fully understanding each neighborhood’s unique needs.”

Norfolk Seventh District covers precincts three to ten in Milton and precincts one to three and seven to ten of Randolph. Swenson joins six other candidates in the Democratic bid for the seat, and is the only woman running. For more information on her campaign, visit www.DenSwen.com. She will be holding a kickoff celebration on June 21 at 7 p.m. at the Trailside Museum in Milton.

A letter from the East Milton Neighborhood Association President