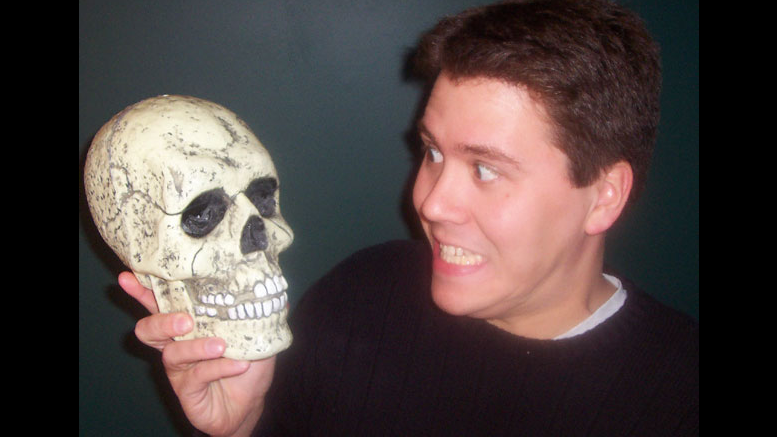 Milton Neighbors, prepare to be spooked on Sept. 28 at the Milton Public Library

Emmy-nominated Host of New England Legends on PBS, Ghostvillage.com founder, and Travel Channel’s Ghost Adventures writer will offer an evening of true ghost stories, research, and evidence from around the world.  This event is scheduled for Wednesday, September 28th starting at 7 p.m. in the Keys Community Room (lower level) of the library.

Jeff Belanger knows all about things that go bump in the night.  For the last 17 years, he’s searched the world for monsters, ghosts, and other paranormal legends that have seeped into our culture, folklore, religion, and even our history books.  His lecture offers a multimedia approach to showing you his findings.

“We’re thrilled to have Jeff Belanger at our library,” says Jean Hlady, Adult Services Librarian.  “The paranormal is such a popular topic, we want to offer our patrons and guests the experience of an in-depth look at ghosts and legends from a person who is world-renowned on the subject.”

Belanger is a paranormal researched, investigator, and is the author of more than a dozen books on the paranormal that have been published in six languages.  He’s also the Emmy-nominated host, writer, and producer of New England Legends on PBS and the series writer/researcher for the Ghost Adventures show on the Travel Channel, which is now in its ninth season.  He is a noted speaker and media personality who has lectured at libraries, universities, corporations, MENSA’s national conference, and has given a prestigious TEDx talk in New York City.

Belanger’s talk will include images, audio clips, and video from some of the world’s most infamous haunts plus a question and answer session for the audience.  He will also have autographed books available for purchase.

“I can’t wait to haunt the Milton Public Library,” Jeff Belanger said.  “We’ll dim the lights, talk about the ghost experience, and see the evidence and theories regarding the paranormal.  I’ve spoken on the topic of the supernatural all over the world – there’s nothing like sharing in this discussion in person.”

This program is free and open to the public and is generously supported by the Friends of the Milton Public Library.  And it is a great way to get ready for Halloween in advance, so come and bring your friends and family but be mindful that this is pretty spooky for young children.  The library is located at 476 Canton Avenue and for more information, call 617-698-5757, x 3.

Be the first to comment on "Ghosts, Phantoms, Spirits, and author Jeff Belanger to haunt the Milton Public Library"