Home » News » Poll Results: How will you vote on Question 2 (Charter School Expansion)? 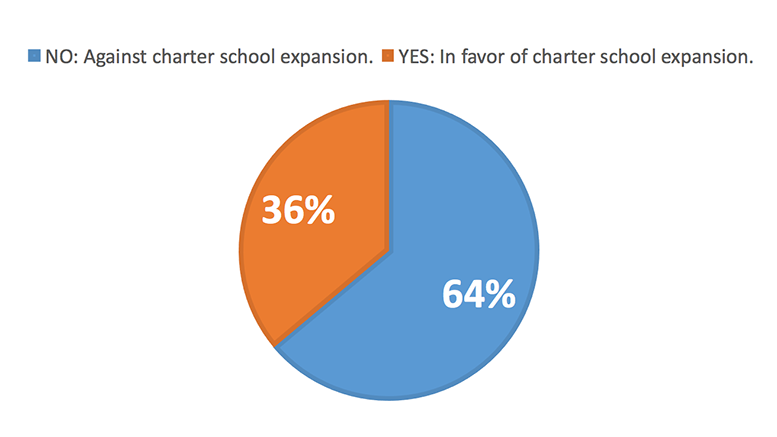 Poll Results: How will you vote on Question 2 (Charter School Expansion)?

The Milton Scene will be raising awareness of pressing ballot questions in a series of polls running up until the November 8th General Election. This survey closes October 22.

Poll Results: How will you vote on Question 2 (Charter School Expansion)?

The Massachusetts Authorization of Additional Charter Schools and Charter School Expansion Initiative, also known as Question 2, is on the November 8, 2016, ballot in Massachusetts as an indirect initiated state statute. The Milton Scene conducted an informal poll last week. The poll ran for four days and closed on October 22. 149 people participated in the poll.

36% of respondents voted in favor of charter school expansion.

What does your vote mean?

A “yes” vote supports this proposal to authorize up to 12 new charter schools or enrollment expansions in existing charter schools by the state Board of Elementary and Secondary Education per year.

POLL: How do you plan on doing your holiday shopping this year?

POLL: When will the East Milton deck project be completed?

Be the first to comment on "Poll Results: How will you vote on Question 2 (Charter School Expansion)?"