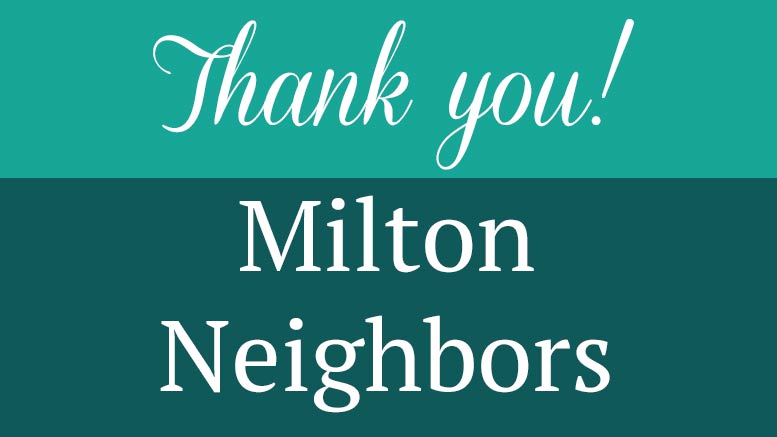 Thank you to Milton businesses and Milton Neighbors!

Milton Neighbors and local businesses, together, raised $2250 to be split between the Milton Residents Fund, the Milton Animal Shelter, and the Milton Food Pantry. Each worthy cause will be given a check for $750 to use for continued charitable work in our community.

The following businesses contributed to the Milton Neighbors Match-It Fund:

Thank you to all who participated. Final monies are being collected and checks to the charities will be distributed shortly.

Local businesses will double your donations to local charities

Resources for helping those suffering in Ukraine

Use Amazon Smile to donate to local charities and Milton PTOs – for free!

Be the first to comment on "Milton businesses and Milton Neighbors raise over $2000 for local charities!"