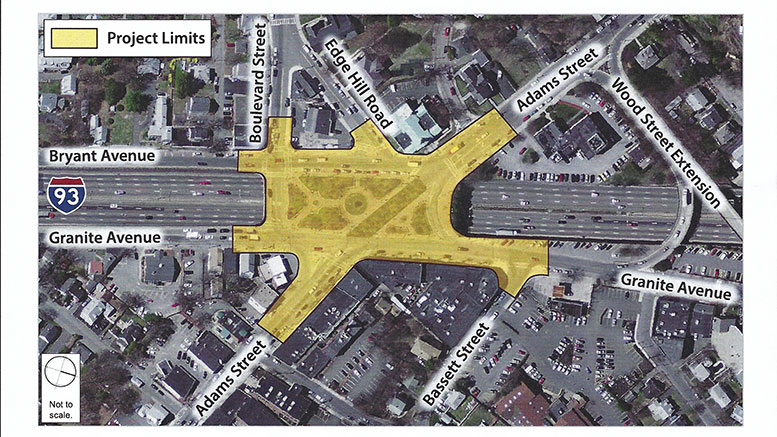 Adams Street overpass will not be converted into parking lot

On February 1, the state Secretary of Energy and Environmental Affairs ruled that the parking lot proposed for the East Milton Park over the Southeast Expressway violated the Park Protection Section Article 97 of the amendments to the State Constitution. There had been collaboration with the Environmental Protection Division of the Attorney General Office.

Then, on February 6 the federal FHWA Administrator ruled that the same parking lot would be in conflict with Section 4(f) of the United States Transportation Act.

The proposed parking area would only have provided a net increase of 14 spaces according to MassDOT’s application for a waiver. When the Adams Street bridge was closed to southbound traffic to create the roundabout, estimates of up to 55 spaces were circulated.

Federal and state earmarks of $3.2 million remain available for East Milton Square and park alterations and off-park parking improvements, as a result of efforts by Congressmen Stephen Lynch and former State Senator Brian Joyce. These may include revitalizing the intersections, new traffic lights, modifying the slip ramp at Granite, pedestrian and bicycle safety, a rehab of the park and more parking spaces than had been sought on the park.

The FHWA Administrator wrote (excerpts): “We have reviewed the evaluation including a field review and discussion with our agency program experts. We have determined that the M Joseph Manning community Park is a Section 4(f) resource.”

The parking lot, including accounting for the area gain by the conversion of the abandoned Adams Street, results in a relatively significant percent reduction in the overall size of the park. There appear to be other feasible and prudent alternatives to accommodate parking in the vicinity.

“An aspect to the opportunity for other feasible and prudent alternatives lies in the flexibility of the earmark funding sources. This funding could potentially be used to develop parking elsewhere in the area if this resulted in converting existing restrictive service parking adjacent to the park to public parking. We are available to discuss the funding flexibilities as they relate to the specific funding for this project.”