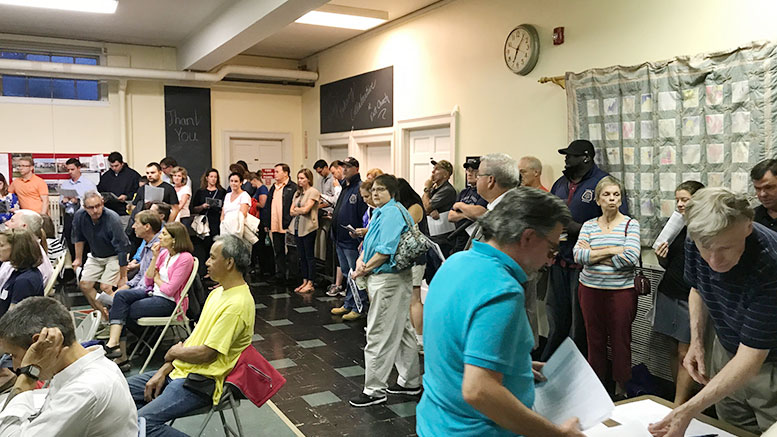 It was standing room only at last Wednesday’s East Milton Neighborhood Association (EMNA) meeting to discuss the proposed 71-unit apartment and retail building to be developed in East Milton Square.

Neighbors voiced a number of concerns during the well-organized meeting, moderated by EMNA Board Member, Jessica Costantino.

The main concern was the size of the structure. The proposed building would be five stories high on Basset Street and four stories high on Adams Street. Residents didn’t seem to be concerned about the fact that development was taking place, but instead were alarmed by the height and footprint of the building, which would undoubtedly completely alter the look and feel of East Milton. One neighbor stated that he’d like to see the Square emulate “Hingham Center, not Quincy Center” — keeping a smaller footprint and a more neighborly feel, as opposed to a city-like vibe. 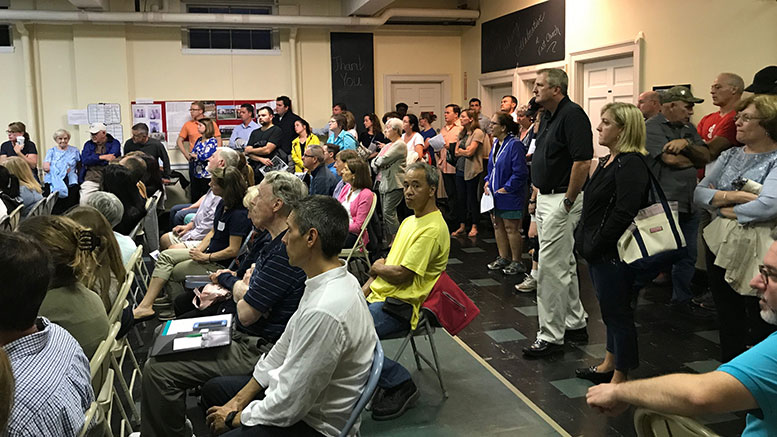 Also among key concerns were issues of traffic and congestion in a neighborhood crippled by cut-through drivers and those exiting I-93 north, which dumps directly into the area abutted by the proposed building. Some residents expressed their disbelief that such a project could possibly go through, given that lack of progress in addressing the gridlocked traffic that plagues East Milton Square daily.

Additional concerns included more of the same nightmarish gridlock, further traffic safety issues as a result of increased cars in the area – including ignoring of stop signs and speeding limits on surrounding streets (Basset, Franklin, Church, Antwerp, and Wood), and inability to exit one’s driveway with the potential for well-over 140 new residents in the tight neighborhood.

Parking also came up as a big issue. Residents expressed concerns that the amount of parking would be insufficient and would cause further parking shortages in the square. Though the proposal includes 117 parking spaces, residents were confused about the location of the spaces, as some were rumored to be on-street rather than underground.

Neighbors also brought up health safety concerns with respect to rodent infestation due to digging the underground garage. This concern stems from the increased number of rats in East Milton backyards, due to construction in the Square over the past several years

Another worry neighbors brought up was possibility of further over-burdening schools. Though the project has been touted to be geared toward younger residents without children, as well as retirees, residents brought up that such a predicted population would not be guaranteed.

One resident summed up the meeting with this comment: “I’m wondering who really benefits from this development, aside from Mr. Falconi and his 71 renters?” 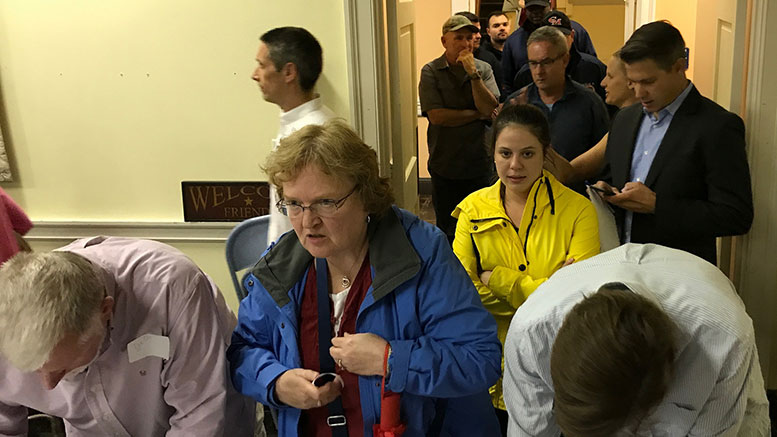 The EMNA plans to continue talks with the Falconis and the Town about the project.

About the “friendly 40B” project:

Learn more about this project.

The Milton Planning Board will meet tonight, September 14, at 7:00 p.m., Milton Town Hall, and has a discussion of proposed 40B Development for East Milton Square listed as item four under “New Business” on the agenda.

Do you have an opinion about this project?