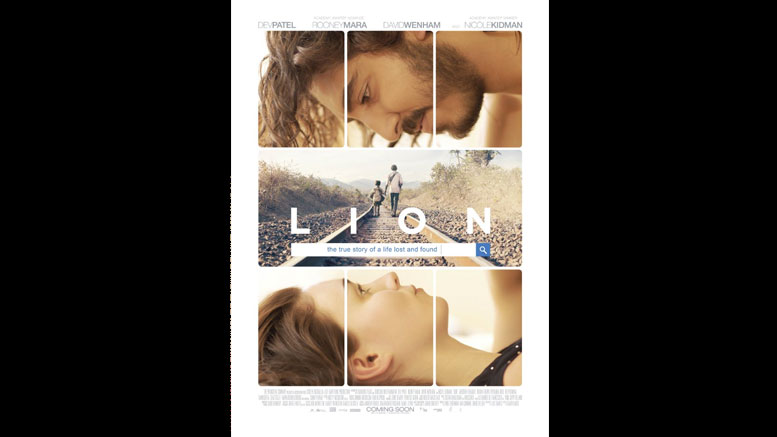 Tuesday Night at the Movies happens on September 19th starting promptly at 6:30 p.m. with a wonderful film called “Lion” which stars Dev Patel and Nicole Kidman. The amazing true story centers around 5-year-old Saroo (Sunny Pawar) who gets lost on a train traveling away from his home and family. Frightened and bewildered, he ends up thousands of miles away, in chaotic Kolkata.  Somehow he survives living on the streets, escaping all sorts of terrors and close calls in the process, before ending up in an orphanage that is itself not exactly a safe haven. Eventually Saroo is adopted by an Australian couple and finds love and security as he grows up in Hobart. As an adult, not wanting to hurt his adoptive parents’ feelings, Saroo suppresses his past, his emotional need for reunification and his hope of ever finding his lost mother and brother. But a chance meeting with some fellow Indians reawakens his buried yearning. Armed with only a handful of memories, his unwavering determination, and a revolutionary technology known as Google Earth, Saroo sets out to find his lost family and finally returns to his first home. This movie is rated PG-13 for thematic material and some sensuality so it is not appropriate for young children, and is 118 minutes in length. If you have not seen it, don’t miss it.

All of these programs are open to the public and are kindly sponsored by the Friends of the Milton Public Library and the concerts are also supported by the Milton Woman’s Club. For more information, contact Jean Hlady, Adult Services Librarian, at (617) 698-5757, x. 3.