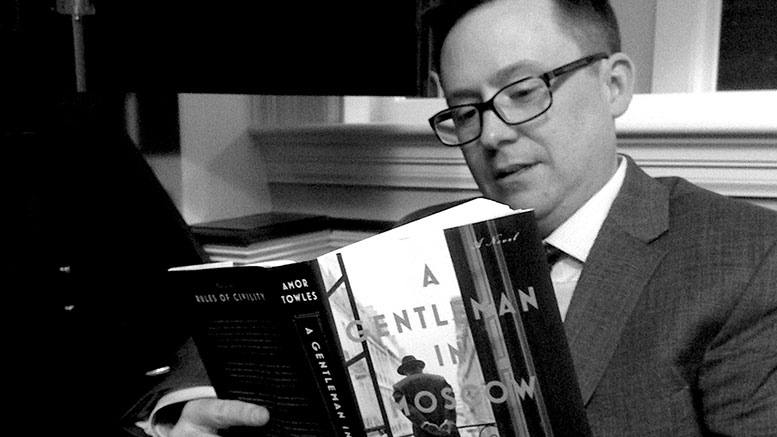 A GENTLEMAN IN MOSCOW, the best seller by Amor Towles, has been selected for Milton Reads 2018.

Called “transfixing” by The Washington Post and “Irresistable” by the Oprah magazine, the book was selected by public vote.

Set in 1922, A GENTLEMAN IN MOSCOW tells the story of a Russian aristocrat forced by a Bolshevik tribunal to live under house arrest for more than thirty years.  Deemed an unrepentant aristocrat, he must now live in an attic room of the grand Metropol hotel, while some of the most tumultuous times in Russian history are unfolding outside the hotel’s doors. His reduced circumstances provide him a doorway into a much larger world of personal discovery.

“Hundreds voted, and this terrific book is the clear winner,” says Milton Library Director William Adamczyk. “We are excited about it and all the related programming around it.”

Milton Reads 2018: One Book; One Town is the popular town-wide reading initiative now in its 8th year. Milton Reads brings the community together in a shared cultural activity:  reading the same book!

Events and activities for adults, children, and families are part of Milton Reads and will take place during the month of March. Among these will be cultural events, book discussions, and the ever-popular trivia night!

The Milton library has copies available, which are ready to be checked out. Start reading now!

Milton Reads is sponsored by the Friends of the Milton Library. To learn more, visit www.miltonlibrary.org.