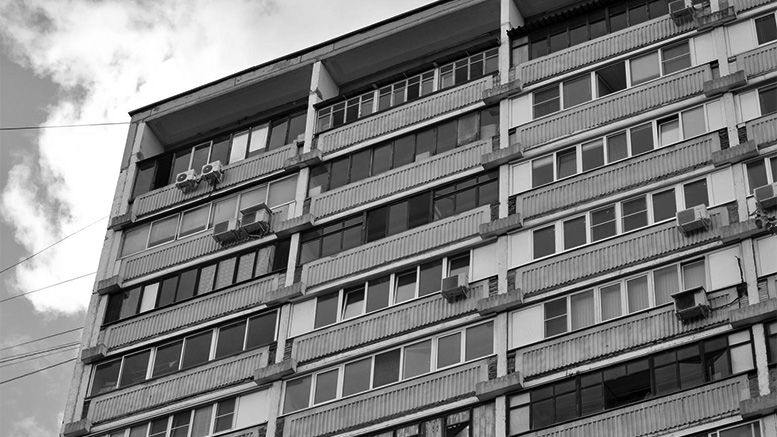 The three quarter of an acre site will see a building of seven stories with retail on the first floor and apartments above. 25% of the apartments are planned as affordable. Retail offerings are anticipated to include off-track betting, a tattoo parlor, discount cigarettes and a marijuana dispensary. Eight parking spaces will be provided.

“We believe that we are enhancing [the Columbines] with a Soviet-style apartment building.” – Herman Smithman

Local residents, however, felt the project was out of character of the site. Specious Development, Inc. spokesman, Herman Smithman, responded by saying that “…Specious does not know what people mean with respect to the supposed ‘character’ of the Columbine area. It has changed over the centuries from farms to high-end homes and we believe that we are enhancing that change with a Soviet-style apartment building.”

When parking concerns were expressed by neighbors, Smithman stated “…this is Soviet-style building that is within a mile of a bus that goes to Middleboro; no one will have cars.” Similarly, he stated that the neighbors’ traffic concerns would be addressed by hiring a traffic expert that would say whatever Specious wanted.

The groundbreaking for Specious Gardens is expected to occur this October.