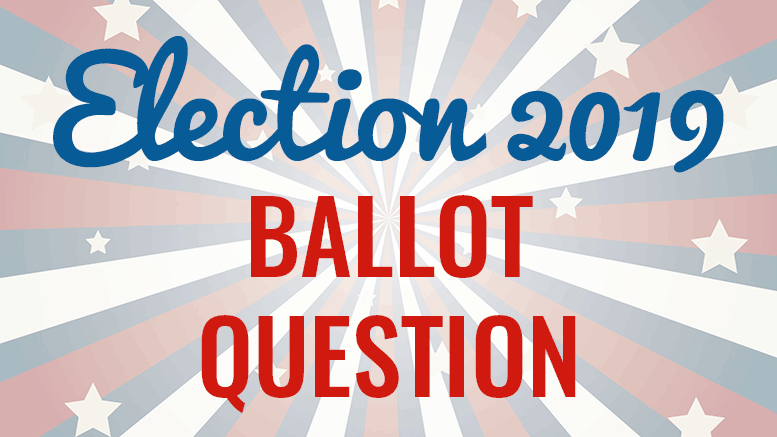 To elect or to appoint: that is the ballot question

On April 30th Milton residents will hit the polls to vote on…voting.

Last October a majority of Town Meeting Members said “aye” to Article 15, supporting a town-wide vote to determine if the appointment of a Chief Financial Officer, as part of a revamped finance department, should oversee Milton’s financial future. Treasurer James McAuliffe has spent 10 years serving as an annually elected official, as did all preceding Milton treasurers.

In what Town Government Study Committee (TGSC) Chair Rick Neely has described as a “fragmented” system, Milton’s Treasury, Collections, Purchasing, and Information Technology departments would become a consolidated financial entity for the purpose of improving “long-term financial planning, management and accountability” at the direction of a hired CFO. Should Miltonians vote “yes” on question 1, the new position would command an annual salary of $125,000- $150,000.

After three years of research on surrounding towns and feedback from Milton stakeholders such as the Select Board, Superintendent and Town Accountant, the TGSC reported that 79% of Massachusetts municipalities have appointed treasurers and that of the 74 localities with elected ones, 24 have populations above 10,000. 90% of municipalities with operating budgets between $50 million and $200 million appoint their treasurers. Milton’s population stands at 27,400, with an operating budget of $126,261,453. Milton also holds a Standard & Poor’s AAA financial rating.

To find out where to put your mouth where the money is on April 30th, click here for polling locations and election information.

What do you think of the ballot question?

Should Milton retain the present system where the Town Treasurer is elected? Or should the town appoint a paid Chief Financial Officer, via a new position?

Please leave a comment and let us know your thoughts!

Be the first to comment on "To elect or to appoint: that is the ballot question"