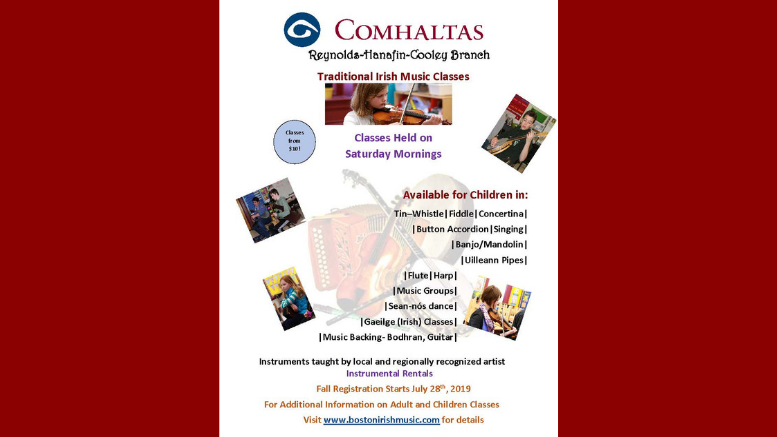 Despite its “old fashion” and dated style, Irish traditional music has remained vibrant through the 20th and into the 21st century, in the face globalizing cultural forces. Even with emigration and a well-developed connection to music influences from Britain and the United States, Irish traditional music has kept many of its elements and has itself influenced many forms of music. Some of these fusion artists have attained mainstream success, in Ireland and abroad. In the 80s and 90s we had bands such as The Cranberries, The Corrs, Stockton’s Wing, Clannad, and Enya to more recent times with bands like Altan, Arcady, Dervish, and Patrick Street, which tour regularly in the US and are often featured on local radio on shows like “Celtic Sojourn” hosted by Brian O’ Donovan on WGBH for about 20 years.

Here in Massachusetts we even have our own homegrown icons, like the Dropkick Murphys from Quincy, whose music has clear influences from Irish traditional music.

Our goal is to promote Irish music and dance through teaching, public performances and competition. Registration for adult and children’s classes are currently in progress and will end on August 31. Register early to secure your spot!

Please fill out this form to register: https://bostonirishmusic.com/register-for-classes/

Superintendent Gormley releases updates for the week of April 11th