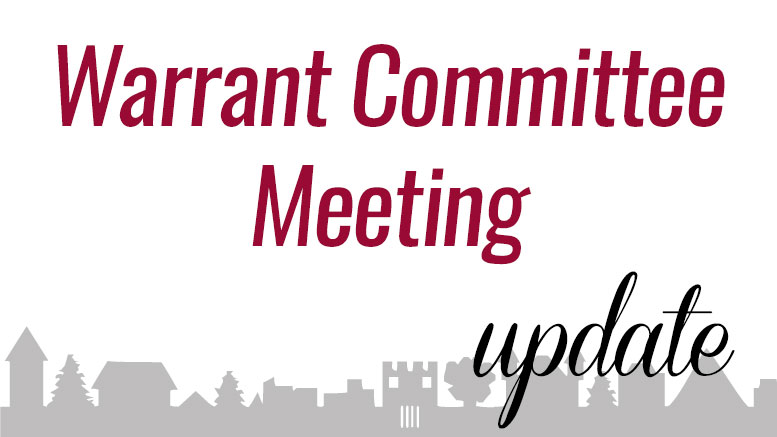 On Wednesday, Oct. 2 the Warrant Committee was sworn in and met for the first time officially this fiscal year. The committee remains the same from last year except for Scott Johnson and John Driscoll, who are new members. George Ashur was voted as Chair and Brian Beaupre was voted Secretary.

Select Board Chair Michael Zullas and Town Administrator Michael Dennehy updated the committee about the status of the current budget. After negotiating the new contracts for trash disposal and recycling the town finances became $675,000 in the red. From 2014 – 2019 the two day trash and recycle collection afforded considerable savings for the town in retrospect. The new contract changed collection to a five day cycle. The new costs put Milton in line with neighboring communities. Many residents (20%) opted out of using the Town provided trash cans for an annual fee. This resulted in an increase in trash sticker sales which helped reduce the budget deficit.

Identified savings means that the Town needs to find another $350,000 in cost cuts for the current fiscal budget to get back in balance.

Dennehy and the Select Board are working with town departments and the School Committee to identify the needed cuts. These may include options such as not back filling open roles, cut backs in overtime, and deferred maintenance with DPW items.

Payment in Lieu of Taxes (PILOT) was mentioned as a possible solution. Curry College has paid $110,000 this year. The other principal tax-exempt organizations have not contributed as yet this year. The PILOT Committee members have all been re-appointed, and will continue to pursue aggressive negotiations in order to generate revenue in return for the services these entities use. It was noted that PILOT will not be a panacea for the town’s fiscal problems.

Select Chair Zullas stated that a conversation around town finances is welcomed, in particular revenue. The town needs to discuss and decide issues of commercial development. The town has a distinct rural/suburban feel. That comes at the expense of a limited commercial tax base. Expansion of the commercial tax base by allowing development is needed in order to maintain the level of town services residents have come to expect. The conversation needs to be about either expanding development or deciding what services can be reduced.

The projection for the next fiscal year budget is that there already is a $2 million deficit that needs to be addressed. One of the positive notes is that the parking enforcement officer has started two weeks prior to the committee meeting, according to Dennehy. The Chief Financial Officer position remains vacant, however a consultant could be recruited on a project basis to address specific problems with the town budget.

In other matters, Doug Scibeck agreed to be the Warrant Committee representative on the Capital Improvement Planning Committee. The Chair noted the appointment was agreed without dissent or comment. He replaces Tom Hurley who no longer serves on either committee after moving from the town.

The Warrant Committee members have TownofMilton.org email addresses. If residents have questions or concerns members can be reached in that way. The Warrant Committee has a web page on the Town website and emails can be access by clicking on a member’s name on the website: https://www.townofmilton.org/warrant-committee 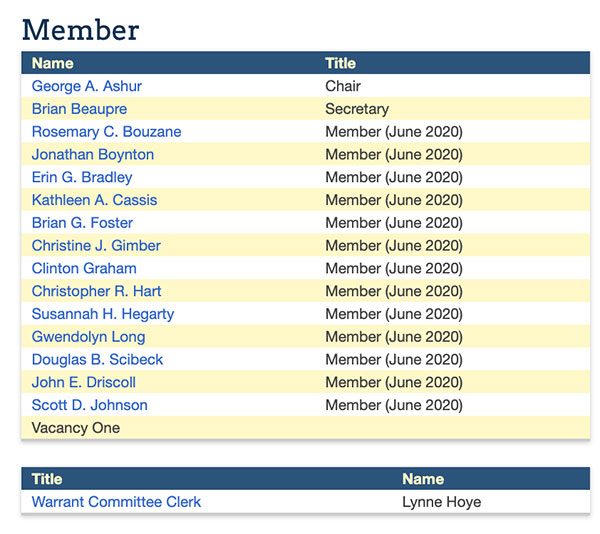 COVID-19’s impact on design & work spaces: An interview with Milton’s own Rob Elfer of Studio Troika

U.S. Department of the Treasury releases information on assistance for Milton small businesses

Be the first to comment on "Warrant Committee update: $2 million deficit needs addressing"