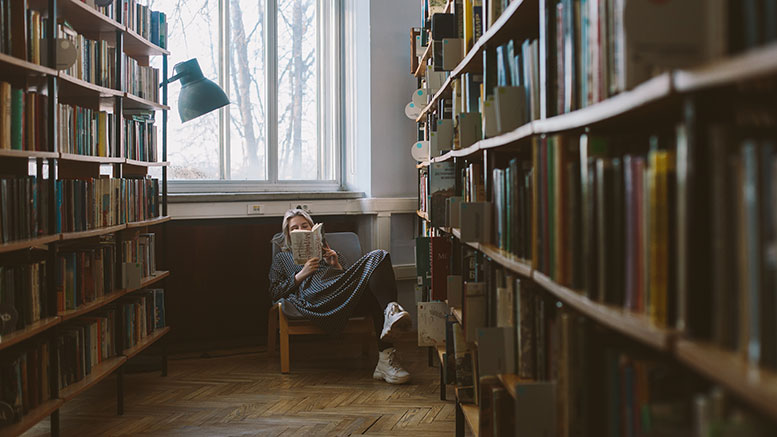 Need a new book? Milton Neighbors recommend their favorite “books that they couldn’t put down (Week 2)

Here is the list of Milton’s favorite page-turners for Week 2 of our series:

The Giver of Stars – by JoJo Moyes

Alice Wright marries handsome American Bennett Van Cleve, hoping to escape her stifling life in England. But small-town Kentucky quickly proves equally claustrophobic, especially living alongside her overbearing father-in-law. So when a call goes out for a team of women to deliver books as part of Eleanor Roosevelt’s new traveling library, Alice signs on enthusiastically.

The remnants of humanity live underground in a vast silo. In this subterranean world, rules matter. Rules keep people alive. And no rule is more strictly enforced than to never speak of going outside. The punishment is exile and death.

When the sheriff of the silo commits the ultimate sin, the most unlikely of heroes takes his place. Juliette, a mechanic from the down deep, who never met a machine she couldn’t fix nor a rule she wouldn’t break.

Junger turns his brilliant and empathetic eye to the reality of combat–the fear, the honor, and the trust among men in an extreme situation whose survival depends on their absolute commitment to one another. His on-the-ground account follows a single platoon through a 15-month tour of duty in the most dangerous outpost in Afghanistan’s Korengal Valley. Through the experiences of these young men at war, he shows what it means to fight, to serve, and to face down mortal danger on a daily basis.

Augustus Everett is an acclaimed author of literary fiction. January Andrews writes bestselling romance. When she pens a happily ever after, he kills off his entire cast. They’re polar opposites.

In fact, the only thing they have in common is that for the next three months, they’re living in neighboring beach houses, broke, and bogged down with writer’s block. Until, one hazy evening, one thing leads to another and they strike a deal designed to force them out of their creative ruts…

Beneath The Scarlet Sky – by Mark Sullivan

Pino Lella wants nothing to do with the war or the Nazis. He’s a normal Italian teenager—obsessed with music, food, and girls—but his days of innocence are numbered. When his family home in Milan is destroyed by Allied bombs, Pino joins an underground railroad helping Jews escape over the Alps, and falls for Anna, a beautiful widow six years his senior.

The Shadow King – by Maaza Mengiste

Set during Mussolini’s 1935 invasion of Ethiopia, The Shadow King takes us back to the first real conflict of World War II, casting light on the women soldiers who were left out of the historical record. At its heart is orphaned maid Hirut, who finds herself tumbling into a new world of thefts and violations, of betrayals and overwhelming rage. What follows is a heartrending and unputdownable exploration of what it means to be a woman at war.

A Sweetness in the Belly – by Camilla Gibb

fter her hippie British parents are murdered, Lilly is raised at a Sufi shrine in Morocco. As a young woman she goes on pilgrimage to Harar, Ethiopia, where she teaches Qur’an to children and falls in love with an idealistic doctor. But even swathed in a traditional headscarf, Lilly can’t escape being marked as a foreigner. Forced to flee Ethiopia for England, she must once again confront the riddle of who she is and where she belongs.

The Girl on The Train – by Paula Hawkins

EVERY DAY THE SAME. Rachel takes the same commuter train every morning and night. Every day she rattles down the track, flashes past a stretch of cozy suburban homes, and stops at the signal that allows her to daily watch the same couple breakfasting on their deck. She’s even started to feel like she knows them. Jess and Jason, she calls them. Their life—as she sees it—is perfect. Not unlike the life she recently lost.

UNTIL TODAY. And then she sees something shocking. It’s only a minute until the train moves on, but it’s enough. Now everything’s changed.

The Perfect Couple – by Elin Hilderbrand

It’s Nantucket wedding season, also known as summer-the sight of a bride racing down Main Street is as common as the sun setting at Madaket Beach. The Otis-Winbury wedding promises to be an event to remember: the groom’s wealthy parents have spared no expense to host a lavish ceremony at their oceanfront estate.

But it’s going to be memorable for all the wrong reasons after tragedy strikes: a body is discovered in Nantucket Harbor just hours before the ceremony-and everyone in the wedding party is suddenly a suspect.

Such a Fun Age – by Kiley Reid

Alix Chamberlain is a woman who gets what she wants and has made a living, with her confidence-driven brand, showing other women how to do the same. So she is shocked when her babysitter, Emira Tucker, is confronted while watching the Chamberlains’ toddler one night, walking the aisles of their local high-end supermarket. The store’s security guard, seeing a young black woman out late with a white child, accuses Emira of kidnapping two-year-old Briar. A small crowd gathers, a bystander films everything, and Emira is furious and humiliated. Alix resolves to make things right.

Be the first to comment on "Need a new book? Milton Neighbors recommend their favorite “books that they couldn’t put down (Week 2)" 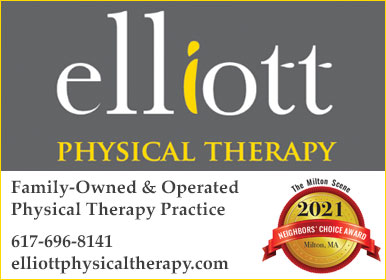