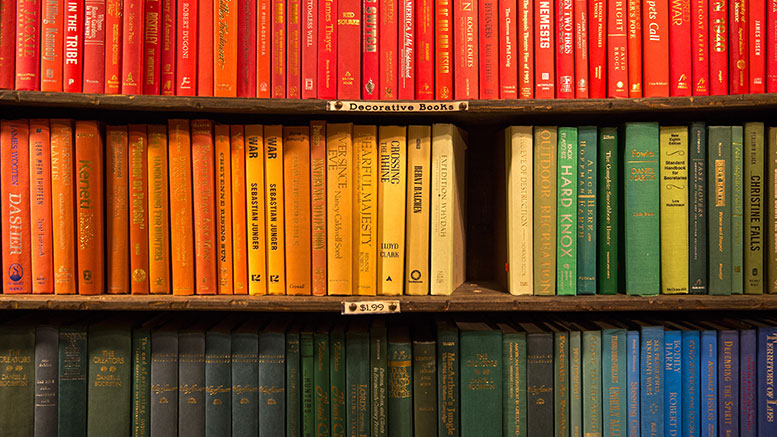 Need a new book? Milton Neighbors recommend their favorite “books that they couldn’t put down (Week 4)

Here is the list of Milton’s favorite page-turners for Week 4:

Where the Crawdads Sing – by Delia Owens

For years, rumors of the “Marsh Girl” have haunted Barkley Cove, a quiet town on the North Carolina coast. So in late 1969, when handsome Chase Andrews is found dead, the locals immediately suspect Kya Clark, the so-called Marsh Girl. But Kya is not what they say. Sensitive and intelligent, she has survived for years alone in the marsh that she calls home, finding friends in the gulls and lessons in the sand. Then the time comes when she yearns to be touched and loved. When two young men from town become intrigued by her wild beauty, Kya opens herself to a new life–until the unthinkable happens.

Lydia Quixano Pérez lives in the Mexican city of Acapulco. She runs a bookstore. She has a son, Luca, the love of her life, and a wonderful husband who is a journalist. And while there are cracks beginning to show in Acapulco because of the drug cartels, her life is, by and large, fairly comfortable.

Even though she knows they’ll never sell, Lydia stocks some of her all-time favorite books in her store. And then one day a man enters the shop to browse and comes up to the register with a few books he would like to buy―two of them her favorites. Javier is erudite. He is charming. And, unbeknownst to Lydia, he is the jefe of the newest drug cartel that has gruesomely taken over the city. When Lydia’s husband’s tell-all profile of Javier is published, none of their lives will ever be the same.

This is how you find yourself.

There is a voice of longing inside each woman. We strive so mightily to be good: good partners, daughters, mothers, employees, and friends. We hope all this striving will make us feel alive. Instead, it leaves us feeling weary, stuck, overwhelmed, and underwhelmed. We look at our lives and wonder: Wasn’t it all supposed to be more beautiful than this? We quickly silence that question, telling ourselves to be grateful, hiding our discontent—even from ourselves.

For many years, Glennon Doyle denied her own discontent. Then, while speaking at a conference, she looked at a woman across the room and fell instantly in love.

The Given Day – by Dennis Lehane

Dennis Lehane, the New York Times bestselling author of Live by Night—now a Warner Bros. movie starring Ben Affleck—offers an unflinching family epic that captures the political unrest of a nation caught between a well-patterned past and an unpredictable future. This beautifully written novel of American history tells the story of two families—one black, one white—swept up in a maelstrom of revolutionaries and anarchists, immigrants and ward bosses, Brahmins and ordinary citizens, all engaged in a battle for survival and power at the end of World War I.

The Great Alone – by Kristin Hannah

Alaska, 1974. Ernt Allbright came home from the Vietnam War a changed and volatile man. When he loses yet another job, he makes the impulsive decision to move his wife and daughter north where they will live off the grid in America’s last true frontier.

Cora will do anything for the man she loves, even if means following him into the unknown. Thirteen-year-old Leni, caught in the riptide of her parents’ passionate, stormy relationship, has little choice but to go along, daring to hope this new land promises her family a better future.

The Painted House – by John Grisham

Until that September of 1952, Luke Chandler had never kept a secret or told a single lie. But in the long, hot summer of his seventh year, two groups of migrant workers — and two very dangerous men — came through the Arkansas Delta to work the Chandler cotton farm. And suddenly mysteries are flooding Luke’s world.

A brutal murder leaves the town seething in gossip and suspicion. A beautiful young woman ignites forbidden passions. A fatherless baby is born … and someone has begun furtively painting the bare clapboards of the Chandler farmhouse, slowly, painstakingly, bathing the run-down structure in gleaming white.

The Vacation – by T M Logan

It was supposed to be the perfect getaway: Kate and her three best friends, spending a week with their families in a luxurious villa in the south of France. Through the decades they’ve stayed closer than ever, and seven days of drinking crisp French wine and laying out under the dazzling Mediterranean sun is the perfect celebration of their friendship. But soon after arriving, Kate discovers an incriminating text on her husband’s cell phone.

A text revealing that he’s having an affair. And that the other woman is one of her best friends. But which one?

My Lovely Wife – by Samantha Downing

Our love story is simple. I met a gorgeous woman. We fell in love. We had kids. We moved to the suburbs. We told each other our biggest dreams, and our darkest secrets. And then we got bored.

We look like a normal couple. We’re your neighbors, the parents of your kid’s friend, the acquaintances you keep meaning to get dinner with.

We all have our secrets to keeping a marriage alive. Ours just happens to be getting away with murder.

Before We Were Yours – by Lisa Wingate

Memphis, 1939. Twelve-year-old Rill Foss and her four younger siblings live a magical life aboard their family’s Mississippi River shantyboat. But when their father must rush their mother to the hospital one stormy night, Rill is left in charge—until strangers arrive in force. Wrenched from all that is familiar and thrown into a Tennessee Children’s Home Society orphanage, the Foss children are assured that they will soon be returned to their parents—but they quickly realize the dark truth. At the mercy of the facility’s cruel director, Rill fights to keep her sisters and brother together in a world of danger and uncertainty.

The Secret History – by Donna Tartt

Under the influence of their charismatic classics professor, a group of clever, eccentric misfits at an elite New England college discover a way of thinking and living that is a world away from the humdrum existence of their contemporaries. But when they go beyond the boundaries of normal morality their lives are changed profoundly and forever, and they discover how hard it can be to truly live and how easy it is to kill.

Be the first to comment on "Need a new book? Milton Neighbors recommend their favorite “books that they couldn’t put down (Week 4)" 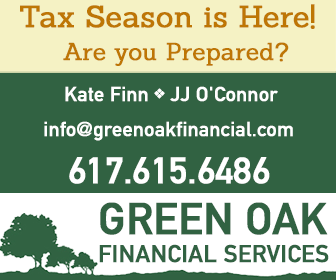