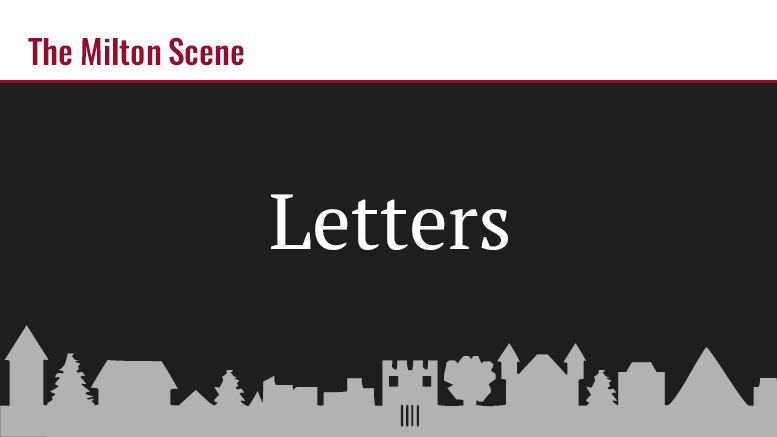 Dear Editors & Fellow residents of Milton,
I write this letter to voice opposition to the proposed development of 582 Blue Hill Avenue.

Our home is at 236 Robbins St. The house has been in the Mulligan Family for almost 70 years. We purchased the property after the death of my mother in 2017. We did so because we intend to raise our young sons in the same manner my parents raised their 8 children. Specifically in the peace and safety of this quiet neighborhood. That dream is being threatened by the proposed development of 582 Blue Hill Ave by the Tamposi family of New Hampshire and Hernando, Florida.

For the uninformed, 582 Blue Hill Ave is currently the site of the McGinley Estate, a beautiful brick home built in the early 20th Century. The home is one of the most elegant and stately homes in our town, and features gardens that were designed by the pioneering female architect, Ellen Biddle Shipman. In an era when women had just won the right to vote, Ms. Shipman’s trailblazing career was a beacon to future generations that anything was possible. All of this stunning work, designed and built to last a thousand years, is under attack by the developer and their army of hired architects, landscapers and civil engineers. The Tamposi Group, an out of town concern with no ties to Milton, intends to completely destroy the existing home and everything around it. In its place, they will erect a gigantic building, to house 120 units of mostly single bedroom apartments, including a large underground parking garage.

This plan, currently being discussed by the town Zoning Board of Appeals, will completely change the character of this neighborhood, and is a terrifying threat to the safety of the residents all around it and the town of Milton as a whole. Anyone who has lived in Milton for any period of time would be familiar with the inherent danger of Blue Hill Ave in terms of traffic and speeding motor vehicles. Robbins, Hills View and Vose Hill are already cut through road ways, with cars careening up and down them. Although we do our best to mitigate this problem with signs and such, the thought of adding several hundred residents and their cars to the already dangerous traffic dynamic we contend with is frightening to all of the people who live here, especially those with small children. Given the number of units, and the intense construction period this thing will entail, it is almost inevitable that something tragic will happen. My own parents and an older brother had their lives forever altered by a speeder who blew through the intersection of Robbins and Blue Hill Ave. Although they survived, all suffered grievous injuries that never totally healed. This was in 1969, and if anything the traffic danger has only increased. Who will we speak to when that happens again? Why should the people of Milton take that chance in order to satisfy this development?? Yes, it comes to us under the guise of 40b, but the percentage of units the Tamposi Group is including is absolutely minimal and only just satisfies the 40b statute. The rest is pure profit.
We implore the Town and our fellow residents to find a better way to satisfy 40b, and help us to slow this developer, who has bought several other homes around the town with the intent of plopping similar structures all around us. This is a clear and present problem that our citizens should know about. Please educate yourselves by visiting the Zoning Board of Appeals section of the town website, and visit the Facebook page “Support Responsible Development & Preserve Milton’s History”.  The scale of these developments is shocking and should be addressed. Thank you.
Sincerely,

Town of Milton Health Department Coronavirus Update: 265 positive cases of COVD-19 as of May 10

Be the first to comment on "LETTERS: Resident opposes development at 582 Blue Hill Ave"