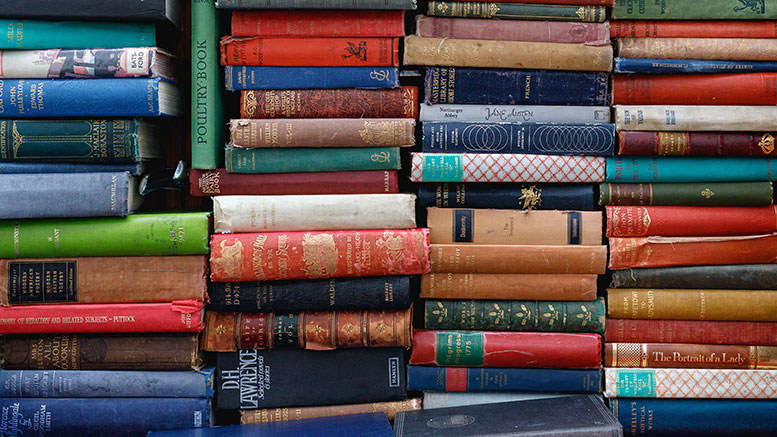 Need a new book? Milton Neighbors recommend their favorite “books that they couldn’t put down (Week 8)

In a previous Milton Neighbors thread, group members shared books that they couldn’t put down.

Here is the list of Milton’s favorite page-turners for Week 8:

The Alice Network – by Kate Quinn

1947. In the chaotic aftermath of World War II, American college girl Charlie St. Clair is pregnant, unmarried, and on the verge of being thrown out of her very proper family. She’s also nursing a desperate hope that her beloved cousin Rose, who disappeared in Nazi-occupied France during the war, might still be alive. So when Charlie’s parents banish her to Europe to have her “little problem” taken care of, Charlie breaks free and heads to London, determined to find out what happened to the cousin she loves like a sister.

1915. A year into the Great War, Eve Gardiner burns to join the fight against the Germans and unexpectedly gets her chance when she’s recruited to work as a spy. Sent into enemy-occupied France, she’s trained by the mesmerizing Lili, the “Queen of Spies”, who manages a vast network of secret agents right under the enemy’s nose.

Beneath a Marble Sky – by John Shors

In 1632, the Emperor of Hindustan, Shah Jahan, overwhelmed with grief over the death of his beloved wife, Mumatz Mahal, commissioned the building of a grand mausoleum to symbolize the greatness of their love. The story surrounding the construction of the Taj Mahal occurs, however, against a scrim of fratricidal war, murderous rebellion, unimaginable wealth, and, not least of all, religious fundamentalism ruthlessly opposing tolerance and coexistence between the disparate peoples in the empire. At that time, Hindustan comprised all of modern Pakistan and Kashmir, most of eastern Afghanistan, and two-thirds of the Indian subcontinent (roughly north of Bombay to the Himalayas). Beneath a Marble Sky, narrated by Princess Jahanara, eldest daughter of Shah Jahan and Mumtaz Mahal, recounts their story, and her own as well, a parallel tale of forbidden love enduring censure and extreme deprivations.

One of Oprah’s Best Books of the Year and a PEN/Hemingway award winner, Homegoing follows the parallel paths of these sisters and their descendants through eight generations: from the Gold Coast to the plantations of Mississippi, from the American Civil War to Jazz Age Harlem. Yaa Gyasi’s extraordinary novel illuminates slavery’s troubled legacy both for those who were taken and those who stayed—and shows how the memory of captivity has been inscribed on the soul of our nation.

An American Marriage – by Tayari Jones

Newlyweds Celestial and Roy are the embodiment of both the American Dream and the New South. He is a young executive, and she is an artist on the brink of an exciting career. But as they settle into the routine of their life together, they are ripped apart by circumstances neither could have imagined. Roy is arrested and sentenced to twelve years for a crime Celestial knows he didn’t commit. Though fiercely independent, Celestial finds herself bereft and unmoored, taking comfort in Andre, her childhood friend, and best man at their wedding. As Roy’s time in prison passes, she is unable to hold on to the love that has been her center. After five years, Roy’s conviction is suddenly overturned, and he returns to Atlanta ready to resume their life together.

This stirring love story is a profoundly insightful look into the hearts and minds of three people who are at once bound and separated by forces beyond their control.

Everything Here is Beautiful – by Mira T. Lee

Two Chinese-American sisters—Miranda, the older, responsible one, always her younger sister’s protector; Lucia, the headstrong, unpredictable one, whose impulses are huge and, often, life changing. When Lucia starts hearing voices, it is Miranda who must find a way to reach her sister. Lucia impetuously plows ahead, but the bitter constant is that she is, in fact, mentally ill. Lucia lives life on a grand scale, until, inevitably, she crashes to earth.

Miranda leaves her own self-contained life in Switzerland to rescue her sister again—but only Lucia can decide whether she wants to be saved. The bonds of sisterly devotion stretch across oceans—but what does it take to break them?

The Arrangement: A Novel – by Sarah Dunn

Lucy and Owen, ambitious, thoroughly-therapized New Yorkers, have taken the plunge, trading in their crazy life in a cramped apartment for Beekman, a bucolic Hudson Valley exurb. They’ve got a two hundred year-old house, an autistic son obsessed with the Titanic, and 17 chickens, at last count.

It’s the kind of paradise where stay-at-home moms team up to cook the school’s “hot lunch,” dads grill grass-fed burgers, and, as Lucy observes, “chopping kale has become a certain kind of American housewife’s version of chopping wood.” When friends at a wine-soaked dinner party reveal they’ve made their marriage open, sensible Lucy balks.

There’s a part of her, though-the part that worries she’s become too comfortable being invisible — that’s intrigued. Why not try a short marital experiment?

The Deal of a Lifetime – by Fredrik Backman

A father and a son are seeing each other for the first time in years. The father has a story to share before it’s too late. He tells his son about a courageous little girl lying in a hospital bed a few miles away. She’s a smart kid—smart enough to know that she won’t beat cancer by drawing with crayons all day, but it seems to make the adults happy, so she keeps doing it.

As he talks about this plucky little girl, the father also reveals more about himself: his triumphs in business, his failures as a parent, his past regrets, his hopes for the future.

Now, on a cold winter’s night, the father has been given an unexpected chance to do something remarkable that could change the destiny of a little girl he hardly knows.

Nine people gather at a remote health resort. Some are here to lose weight, some are here to get a reboot on life, some are here for reasons they can’t even admit to themselves. Amidst all of the luxury and pampering, the mindfulness and meditation, they know these ten days might involve some real work. But none of them could imagine just how challenging the next ten days are going to be.

Frances Welty, the formerly best-selling romantic novelist, arrives at Tranquillum House nursing a bad back, a broken heart, and an exquisitely painful paper cut. She’s immediately intrigued by her fellow guests. Most of them don’t look to be in need of a health resort at all. But the person that intrigues her most is the strange and charismatic owner/director of Tranquillum House. Could this person really have the answers Frances didn’t even know she was seeking? Should Frances put aside her doubts and immerse herself in everything Tranquillum House has to offer – or should she run while she still can?

Jacob Janowski’s luck had run out–orphaned and penniless, he had no direction until he landed on a rickety train that was home to the Benzini Brothers Most Spectacular Show on Earth. A veterinary student just shy of a degree, he was put in charge of caring for the circus menagerie. It was the Great Depression and for Jacob the circus was both his salvation and a living hell. There he met Marlena, the beautiful equestrian star married to August, the charismatic but brutal animal trainer. And he met Rosie, an untrainable elephant who was the great hope for this third-rate traveling show. The bond that grew among this group of misfits was one of love and trust, and ultimately, it was their only hope for survival.

Maybe you Should Talk to Someone – by Lori Gottlieb

One day, Lori Gottlieb is a therapist who helps patients in her Los Angeles practice. The next, a crisis causes her world to come crashing down. Enter Wendell, the quirky but seasoned therapist in whose of­fice she suddenly lands. With his balding head, cardigan, and khakis, he seems to have come straight from Therapist Central Casting. Yet he will turn out to be anything but.

As Gottlieb explores the inner chambers of her patients’ lives — a self-absorbed Hollywood producer, a young newlywed diagnosed with a terminal illness, a senior citizen threatening to end her life on her birthday if nothing gets better, and a twenty-something who can’t stop hooking up with the wrong guys — she finds that the questions they are struggling with are the very ones she is now bringing to Wendell.

Superintendent Gormley releases updates for the week of March 16

Be the first to comment on "Need a new book? Milton Neighbors recommend their favorite “books that they couldn’t put down (Week 8)"