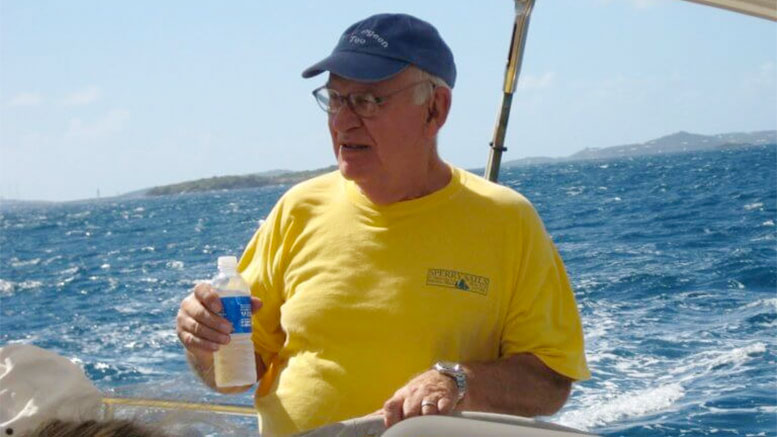 Marvin A. Gordon, of Milton passed away suddenly on October 10, 2021 surrounded by his family and beloved dog.  Born on September 26, 1936, he was the son of Morris and Anna (Shoolman) Gordon.  A modest man of great character, he was devoted to his wife of 61 years Andrea (Gargill) and daughters Pamela, Jessica, Melissa, and Susannah, and his grandchildren Harrison and Leila Shea.  He is also survived by his sister Ruth, whom he both adored and revered, her husband Norman Hinerfeld, his sister-in-law Myra Kolton, several nephews and nieces, and his daughters’ spouses.

A proud graduate of Milton High School (1954), Harvard College (1958), and Harvard Business School (1960), he was a successful business executive and civic leader.  After working in Manhattan for two years he realized city life was not in his DNA.  He returned to the Milton land his grandparents had farmed since immigrating to the U.S. in 1920 and built the house in which he was still living at the time of his death.   A gentleman farmer at heart, it brought him much peace to be out on his 1958 Farmall Cub tractor mowing the land that has been in his family for now four generations.

He gave generously of his time and intellect to many non-profits and town committees.  He was a Milton Town Meeting Member, served on the Milton School Committee, and was a Selectman for seven years.  He was also Treasurer of the Milton Hospital for 17 years and held a governor-appointed seat on the Massachusetts Health and Education Financing Association.  In addition, he played a central role in the construction and management of Pine Tree Brook and Fuller Village senior-living communities and was president of the latter at the time of his passing.

A passionate and fiercely competitive racing sailor, his fleet of boats included the sloops Blue Pigeon Too and Blue Pigeon and the inglorious metal workboat Big Bird.  His first vessel was named Andrea, to honor his life partner.  He considered his beloved racing crews his extended family.   Some of his most joyous days were spent sailing in the Caribbean, particularly the Virgin Islands, which he sailed among for 50 years.  His heart had no boundaries and he valued his relationships with people from all walks of life.  He believed in self-reliance and it brought him great joy to teach those around him even the most seemingly mundane of tasks.

A private memorial was held at the Congregation Beth Shalom of the Blue Hills on Friday, Oct. Shiva will be held at the Gordon residence, Friday until 4 pm, Sunday 2- 5 pm, and Monday 5- 8 pm. In lieu of flowers, donations in Marvin’s memory may be made to the Milton Animal League, 181 Governor Stoughton Lane, Milton, MA 02186 or the Shoolman Family Scholarship Fund, c/o Milton Town Treasurer James McAuliffe, 525 Canton Ave., Milton, MA 02186.

This obituary has been shared from Brezniak Funeral Directors.

The Temple’s livestream can be viewed by clicking here

The 20 most popular stories on The Milton Scene in 2020

Be the first to comment on "Obituary: Marvin A. Gordon, long-time beloved and active Milton resident"