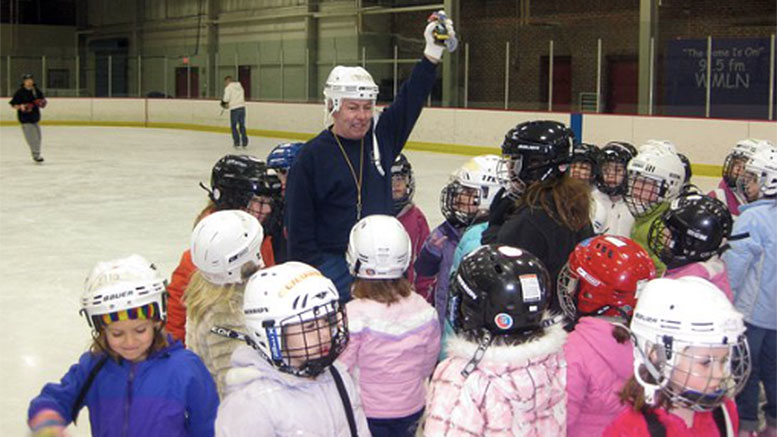 Bob Sweeney has been selected by the East Milton Neighborhood Association to receive the 2021 M. Joseph Manning Award for Community Service — the Association’s prestigious volunteer award for community service.

The Honorable M. Joseph Manning dedicated much of his life to public service and enhancing the lives of Milton residents. Mr. Manning served as our State Representative for 30 years, but more important than the many elected offices that he held, it was his public service to our community that prompted the EMNA to annually present this award in his honor. Past winners of the Manning Award are M. Joseph Manning (posthumously), Katherine Hayes Dunphy, John Fleming, Pastor Shelly Davis, Heather Bergin and Edward Duffy (posthumously).

Mr. Sweeney has served the town in many roles. This winter will be his 57th year serving as Director of the popular Learn to Skate Program. He was one of the twelve original signers to incorporate Milton Youth Hockey in 1971. Today, it is the largest Youth Hockey Program in Massachusetts. He has helped teach thousands of children how to skate and learn the sport of hockey.

Off the ice, Mr. Sweeney has also contributed to the sport of baseball. From 1973-1980, he served as Manager, Director and Treasurer of the Babe Ruth League. He coached many youth baseball teams and helped a Milton Babe Ruth All-Star team reach the national finals in Newark, Ohio.

Mr. Sweeney’s dedication to the town extends to local politics as well. He has been a town meeting member since 1976 and has served on both the Select Board and the School Committee. He also co-chaired the Governor Stoughton Land Trust Committee for four years.

The East Milton Neighborhood Association commends Mr. Sweeney and the past winners for all they have done to make Milton a great place to raise a family. We will hold a celebration in the spring in honor of his many years of service to the town. We will share more details as the date draws closer and we hope that many Milton residents will be able to join us.

June 4, 2020 – Day of Reflection and Witness for Seeking Equity and Justice for All

During the month of March, the Milton Public Library continues to offer fun virtual programming for adults and families

Be the first to comment on "Bob Sweeney recognized with 2021 M. Joseph Manning Award for Community Service"