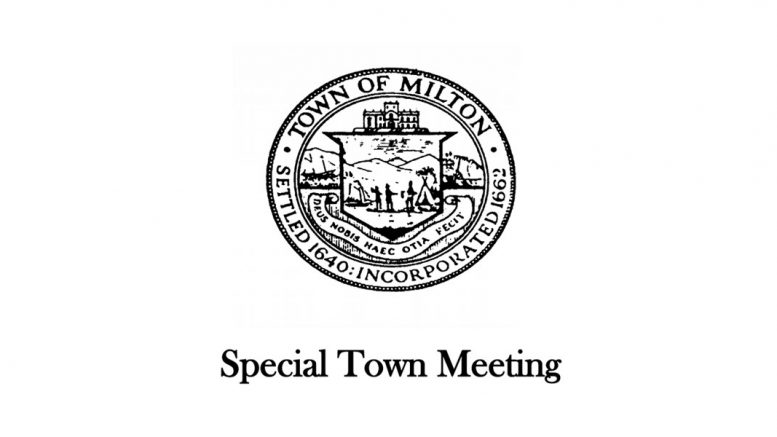 Special Town Meeting March 16: ADU Zoning Amendment refers back to the Planning Board

The second and final night of Special Town Meeting brought much debate to the discussion of Article 2: ADU Zoning Amendment.

Article 2 consists of a proposal to ease restrictions on accessory or in-law apartments (ADU’s). At the present time, residents need to seek approval from the appeals board in order to build these apartments, and that approval must be renewed every few years. The appeals board would be able to grant permanent approval for an accessory apartment under the proposal.

The majority of the evening was spent debating Article 2. There were many points made for and against it.

George Ashur, Warrant Committee Chair, recommended that Article 2 be referred back to the Planning Board for further study. He said that “it is worth the time to be deliberate while looking at the needs for the town.” The Planning Board majority was to adopt the article as printed in the Warrant.

Alexander Whiteside, former member of the Planning Board for 32 years, supported the recommendation to refer the article back, stating that it is deficient in wording and concepts, and he thinks it is defective.

Another former Planning Board member, Mike Kelly, also voiced his support of the Warrant Committees’ recommendation stating, that he used the special permit in the past and it was an easy process, and it is such an important article, so he would like to see it get to a better, more unanimous consensus.

While others, such as Bryan Furze, urged for the up or down vote to happen at this meeting, stating that it has been sent back for years and years and that it is time for the body to speak and make a decision.

Select Board member, Mike Zullas, also urged for a up or down vote to take place that night. He says “we are involved in a filibuster preventing substantive discussion of the article.”

The final vote was 120 yes to 106 no with the article being referred back to the Planning Board for further study.

Be the first to comment on "Special Town Meeting March 16: ADU Zoning Amendment refers back to the Planning Board"