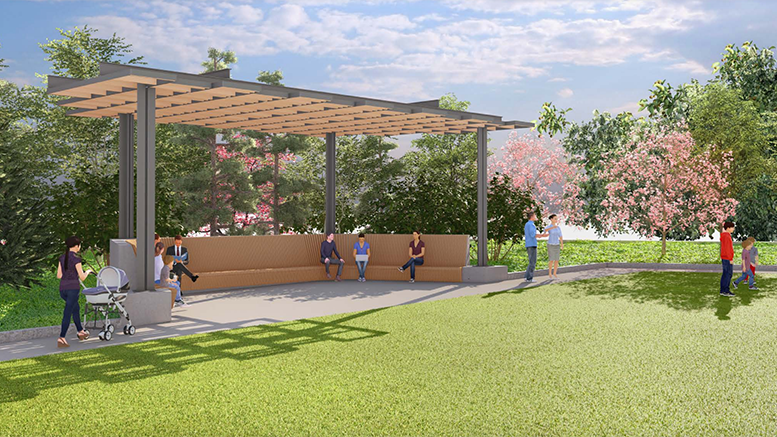 The Select Board invites residents to offer comments and feedback on the design of the Pergola that will be placed in newly renovated Manning Park. This will be a Town managed project separate from the East Milton Square Deck project currently under construction.

The East Milton Square Pergola design is composed of a concrete base with wood bench, metal posts and a wood slat canopy with metal frame and beams. The pergola will be an attractively scaled architectural feature while traveling through the square.

At 14-feet high, 38-feet long and 20-feet wide, it will be large enough to function as a stage for Town events and also act as a comfortable and inviting respite for individuals or small gatherings.

The form of the pergola takes its cues from the buildings of East Milton Square. The linear buildings with flat roofs inform the horizontal pergola canopy and rounded building facades are reflected in the curve of the wood bench.

The shallow condition above the bridge deck requires a visible concrete base, which incorporates architectural colored concrete and wood to become an attractive component of the pergola space and overall park design. The canopy of the pergola will incorporate wood slats to shade the space below.

(Editors note: Notice anything about the people depicted in the pictures?) 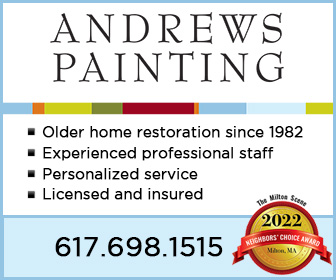