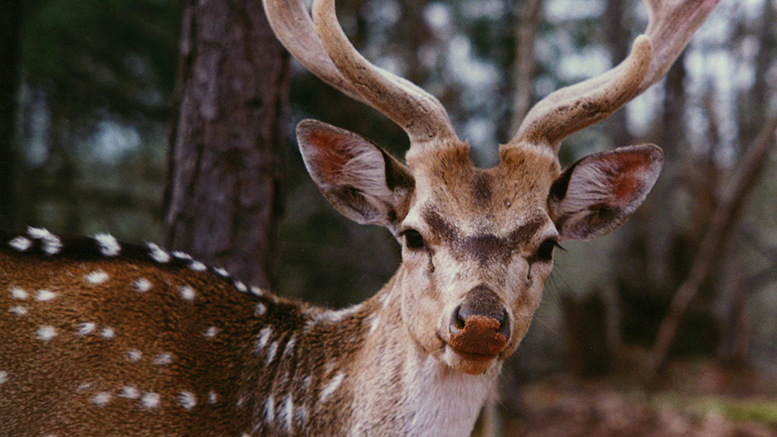 On Wednesday, August 14, 2015, Energy and Environmental Affairs (EEA) Secretary Matthew Beaton and Department of Conservation and Recreation (DCR) Commissioner Carol Sanchez, with the guidance of Department of Fish and Game (DFG) Commissioner George Peterson, approved a final deer management plan for the Blue Hills State Reservation. The plan allows for a controlled deer hunt on November 30, 2015, December 1, 2015, December 7, 2015, and December 8, 2015. The deer population within the state reservation has reached heightened levels that are compromising the long-term health of the forest and its ability to regenerate.

“Blue Hills State Reservation is a vital recreational resource for the Greater Boston community, and the health of the local ecosystem is paramount to ensuring its survival,” said Energy and Environmental Affairs Secretary Matthew Beaton. “I am confident that DCR, in collaboration with DFG and our law enforcement partners, will ensure a safe, effective hunt that over the long term will restore the habitat within the reservation.”

“The health of the Blue Hills State Reservation’s forest has been, and continues to be, negatively affected by the current overabundance of deer within the region,” said DCR Commissioner Carol Sanchez. “This controlled hunt, modeled after the hugely successful initiative at DCR’s Quabbin Reservoir, will allow the agency to revitalize the Blue Hills ecosystem and ensure its health for years to come.”

The current deer population within the Blue Hills State Reservation has reached at least 85 deer per square mile of forest habitat, far more than the density range of 6 to 18 deer per square mile of forest that state biologists and wildlife officials have determined to be a healthy level for promoting long-term forest sustainability and regeneration. If left unchecked, the Blue Hills deer population will continue to consume the reservation’s vegetation at a high rate, which can be destructive to the forest’s health in a variety of ways, including:

The four day controlled deer hunt will take place during the normal shotgun season in Massachusetts between the hours of 5:00 a.m. and 4:00 p.m. DCR is also limiting the controlled hunt to areas of the state reservation that are north of Route I-93, thereby affording plenty of open space for those who wish to visit the property and avoid areas where the controlled hunt is taking place. Approximately 3,000 acres of the state reservation’s 7,000 acres will be used for the hunt.

“Regulated hunting is a proven safe and effective wildlife management tool that provides recreational opportunity to Massachusetts’ residents,” said DFG Commissioner George Peterson. “We are committed to working with DCR and the local communities to oversee a safe and environmentally beneficial hunting program in the Blue Hills Reservation.”

DCR and DFG worked with stakeholders that included the Department of Fish and Game, the Division of Fisheries and Wildlife, the Massachusetts Environmental Police, the Massachusetts State Police, local law enforcement, state and local officials, the Friends of the Blue Hills, and others to examine the range of deer management options available and their potential effectiveness. DCR and DFG then concluded that the most practical and effective management option was a regulated controlled shotgun hunt similar to the annual hunt DCR oversees at the Quabbin Reservoir.

After developing an initial proposed plan, DCR hosted three separate public meetings in the communities of Quincy, Milton, and Canton to solicit public comment. DCR extended the public comment period to allow citizens additional time to provide their input to the agency by telephone, email, mail, and through the agency’s website.

“The Massachusetts Environmental Police is prepared to provide officers to assist DCR with their management plans,” said Colonel James McGinn. “We have met numerous times with our law enforcement partners and have coordinated a unified command and response to any hunting law issues that may arise on the scheduled controlled hunt dates.”

In response to public comments, DCR has modified its initial plan by reducing the area of the reservation in which hunting will be allowed by 620 acres of land, and solidified the hunting boundaries by largely utilizing existing trails, roads, and pathways. DCR has also reduced the number of permitted hunters per two-day segment from 120 to 98 hunters.

“The carefully crafted deer management plan put forward by the Department of Conservation and Recreation addresses many of the concerns raised by the public and ensures the highest level of public safety,” said State Senator Brian Joyce (D-Milton). “By stabilizing and maintaining the deer population at appropriate levels, we will protect public health and preserve species diversity in the Blue Hills.”

“By stabilizing and maintaining the deer population at appropriate levels, we will protect public health and preserve species diversity in the Blue Hills.” –Brian Joyce

“Unfortunately the high deer population is destroying habitat for birds and other animals,” said Judy Jacobs, Executive Director of the Friends of the Blue Hills. “The deer population needs to be brought down to a healthy level through a controlled hunt for the health of the forests, its inhabitants and visitors.”

Be the first to comment on "Look out, Bambi! Deer management plan approved."