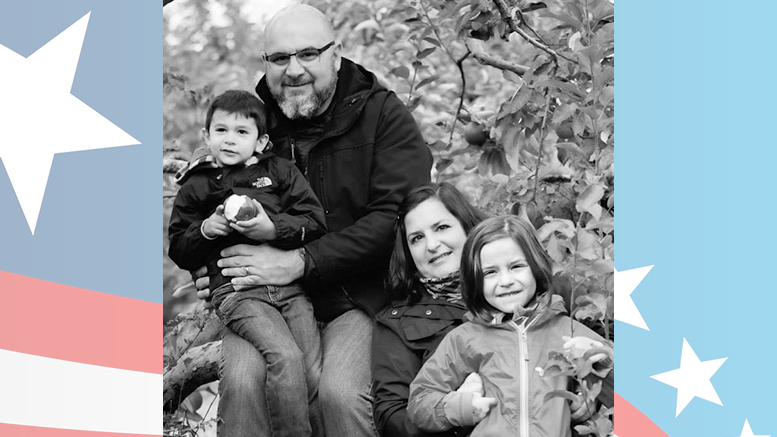 My wife Anita and I are 13 year Milton residents. We are raising two kids who attend first and third grade at Glover School. We love living in Milton.

I’ve worked in the film industry for about 20 years as a set lighting technician. I’ve been selected to serve on several industry steering and safety committees, volunteered my time as a safety and training mentor and served as an elected representative in my Union.

I’m a co-founder of the grassroots lobby savemafilmjobs.com and its affiliated social media groups. This group was created by a small group of film crew workers to oppose legislation by Governor Baker that would repeal incentives that attract film producers to spend millions of dollars in Massachusetts. Within a week, the group grew to 4,000 members. We were successful in raising enough legislative awareness to our cause that the bill never even made it to the floor for a vote.

I’m also a volunteer with the Milton Art Center, having served on their music committee. Along with a very enthusiastic group of volunteers, I was the curator of the inaugural MAC spring concert event, which has since blossomed into a yearly series that rivals some of the talent offerings you’d find in Cambridge or Boston.

Please allow me to represent our precinct by voting for me this Tuesday. See you at the polls!

2020 Election update: Farrington will not run; Doyle throws name in hat for Select Board

Be the first to comment on "Zachary Lazar announces candidacy for Milton Town Meeting Member, Precinct 2"