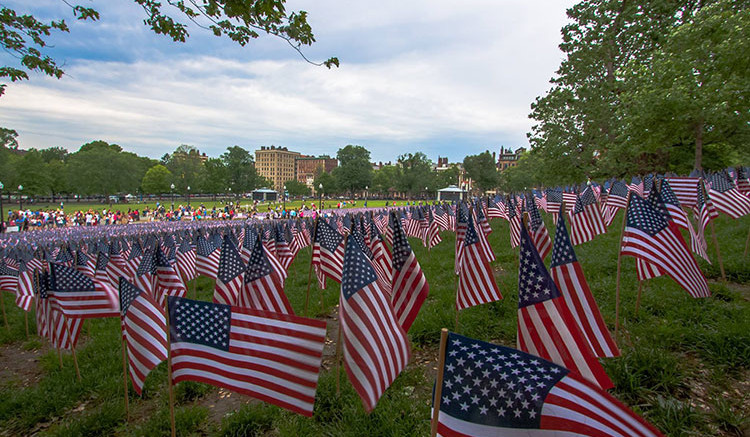 The Memorial Day Observance is scheduled for Monday, May 30th. Services are set to begin at the Town Green at 9:30 a.m. with the raising of the flag and placement of wreaths at the Town’s War Memorial by members of the American Legion Post.

Services at the Cemetery will begin at 10:00 a.m. Welcoming remarks will be given by Paul McDonnell, Commander of the American Legion Post, a member of the Board of Selectmen and Cemetery Trustee, Joseph M. Reardon.

A special feature of this year’s observance will be the presentation of a Milton Veterans Challenge Coin to Milton’s World War II veterans. This coin has been newly commissioned by Milton’s Veteran’s Agent Kevin Cook and will be part of all future veterans’ observances. A challenge coin is a small coin or medallion (usually military) bearing an organization’s insignia or emblem. These coins have been part of military tradition since World War I.

This newly designed coin will be two sided with the Town of Milton’s seal on one side and the insignia of military branches on the other.

Any World War II veteran, who would like to receive a coin at the Memorial Day Observance, is asked to contact Kevin Cook at 617-898-4939.

All residents, friends and family are warmly invited to the Memorial Day Observance which pays tribute to those men and women who have paid the ultimate sacrifice for our country.

As has been the tradition these past few years, ice cream will be available for children attending the services at the cemetery.

The American Legion Post #114 will begin this year’s Memorial Day program with the raising of the flag and the placing of the wreath at 9:30 a.m. at the Town Hall.

Following this observance, participants will march to Milton Cemetery for the customary ceremony that will begin at 10 a.m.