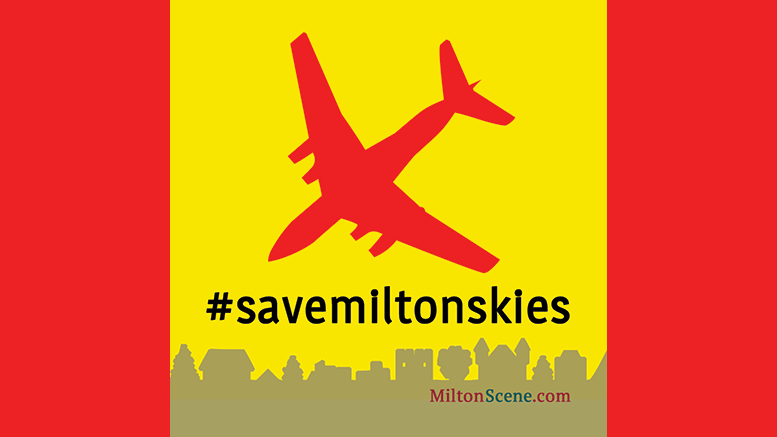 In an effort to offer a safe place for Milton residents to discuss, organize, and vent about the NextGen flight path changes implemented within the past few years, a small group of Miltonians formed the Facebook group, Save Milton Skies.

The group is for residents of Milton and surrounding communities to organize and advocate for fair distribution of flight paths over the town. It is also for unaffected residents to learn more about the issues.

This google map shows the flight paths over Milton. The corridor is about a mile to either side. For those living directly under the paths, especially as they get closer to the city, flights can continue every 1-3 minutes, from 5 a.m. – 1 a.m., sometimes for weeks on end.

The group’s description reads: Would you like to help? Do you need to vent? Suggest ways to organize? This is the group for you. 24 hours after its formation, the group has nearly 150 members.