Home » News » Poll: How will you vote on Question 3 (Conditions for farm animals?) 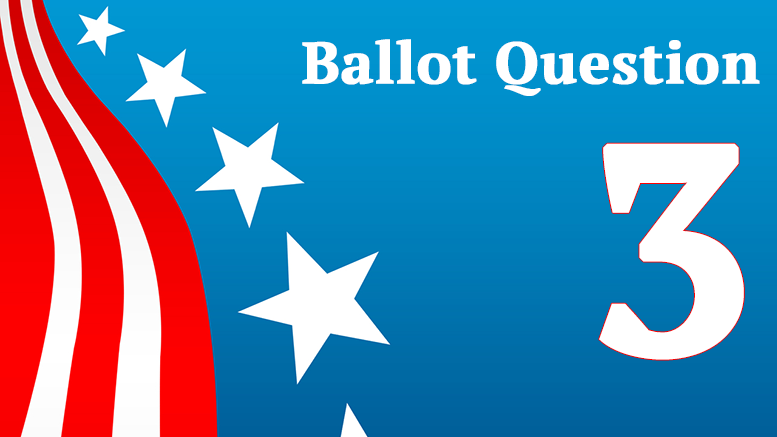 Poll: How will you vote on Question 3 (Conditions for farm animals?)

The Milton Scene will be raising awareness of pressing ballot questions in a series of polls running up until the November 8th General Election. This survey closes October 26.

How will you vote on Question 3: Conditions for farm animals?

The Massachusetts Minimum Size Requirements for Farm Animal Containment, also known as Question 3, is on the November 8, 2016, ballot in Massachusetts as an indirect initiated state statute.

A “yes” vote supports this proposal to prohibit the sale of eggs, veal, or pork of a farm animal confined in spaces that prevent the animal from lying down, standing up, extending its limbs, or turning around.

A “no” vote opposes this proposal.

Poll: What should be the new name of the Board of Selectmen?

POLL: Will you mail in your ballot or vote in person for the Presidential Election?

POLL RESULTS: Will you run for a Town of Milton position in 2019?

Be the first to comment on "Poll: How will you vote on Question 3 (Conditions for farm animals?)"